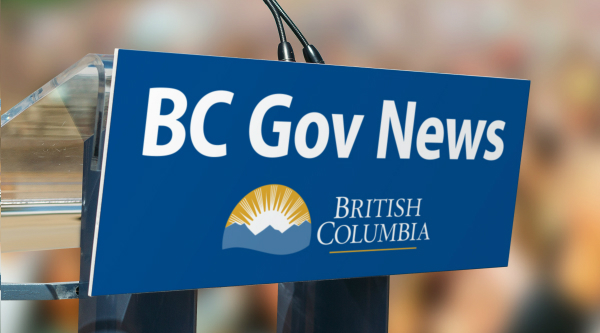 Vancouver, BC, September 22, 2017--(T-Net)--Companies in British Columbia, especially those in the tech sector, will gain greater access to the U.S. market and investors through B.C.'s new Trade and Investment Office in Seattle.

The announcement of the office's opening was made at the recent Cascadia Innovation Corridor Conference in Seattle, Wash.

The Seattle Trade and Investment Office expands the B.C. government's trade network in the United States, and will attract investment to the province, while connecting companies in British Columbia with venture capitalists, skilled tech workers and strategic partners.

Troy DeFrank is the director for the Pacific Northwest at B.C.'s Seattle Trade and Investment Office, bringing with him a decade of experience in international trade and investment. He joins the office following six years as a trade commissioner at the Consulate General of Canada in Seattle where he supported cross-border trade, investment, and partnerships in the technology sector.

The Province reported that it is also working to establish a Trade and Investment Office in the Silicon Valley. That new office will open later this fall, representing British Columbia in the most vibrant technology markets in the United States: California, the Boston-New York Corridor and the Pacific Northwest.

British Columbia's trade and investment locations in the United States will continue to raise the province's profile in the tech market and promote B.C. as a stable and attractive place to invest and do business.

“It's appropriate to announce the opening of our new trade office at the Cascadia Innovation Corridor Conference as B.C. and Washington state work towards increasing regional economic opportunities along the corridor between province and state. Not only will it bring more investment to B.C. tech companies, it will also deepen the tech talent pool to mutually benefit companies on either side of the border.” said Bruce Ralston, Minister of Jobs, Trade and Technology.

“Having a new presence in the Seattle market is key to continuing to grow the British Columbia brand and to build on the Cascadia Innovation Corridor. We are excited to announce the hiring of Troy DeFrank as our new Pacific Northwest director. He brings years of experience in trade and investment from his long career at the Canadian Consulate in Seattle." continued Will Fox, managing director, British Columbia's U.S. Trade and Investment Office.

“As a British Columbian who has worked on both sides of the border, there has always been a natural, progressive and rewarding relationship between the two regions. This is an opportunity to formalize it and bring together the tremendous talent and ingenuity we have in B.C. and Washington.” said Edoardo De Martin, director of Microsoft Vancouver.

To learn more about B.C.'s Trade and Investment Office, visit:https://www.britishcolumbia.ca/global/trade-and-investment-representatives/

To learn more about the Cascadia Corridor Conference, visit:http://www.cascadiaconference.com/