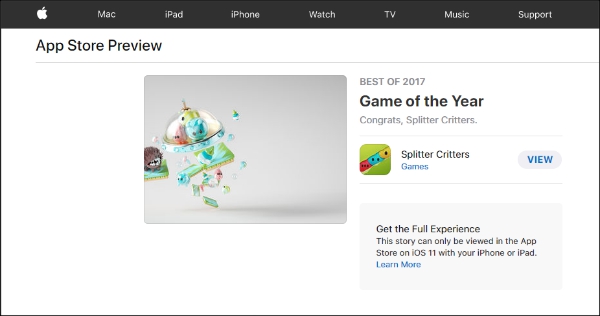 Vancouver, BC, January 25, 2018--(T-Net)--Vancouver-based RAC7 announced that the company's "Splitters Critters" game has been selected as the Apple @AppStore iPhone Game of the Year for 2017.

Rac7 describe themselves as "a two person team that enjoys making fun games".

The firm is comprised of @JesseRingrose and Jason Ennis and they make mobile games like Dark Echo, Super Surf Bros, StealthHunter2, and of course Splitter Critters.

The fun and hard work seems to have paid off. Congrats guys.

Editor's Note: The Vancouver Sun (Chad Apieha) has written a great and far more in-depth story entitled "How a two-man Vancouver team created Apple's 2017 game of the year" on how they did it for RAC7's big win.

It's a good read and worth checking out. See it online here. 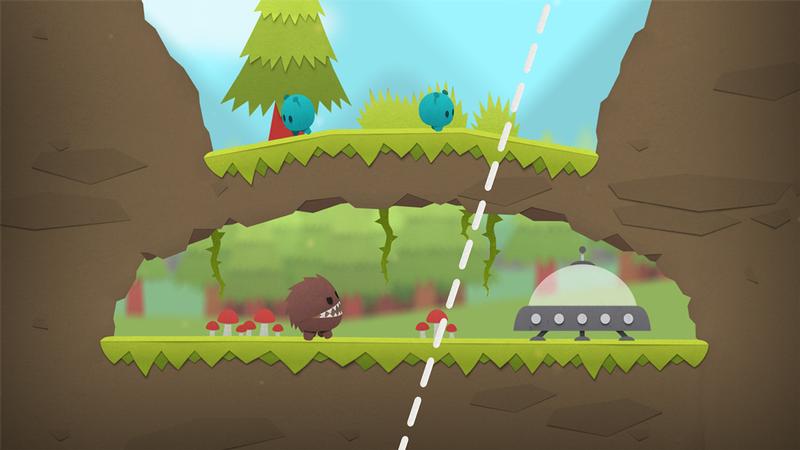 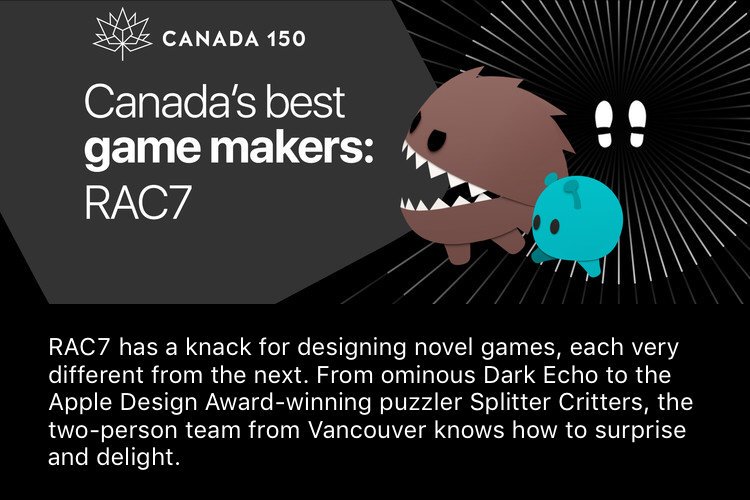