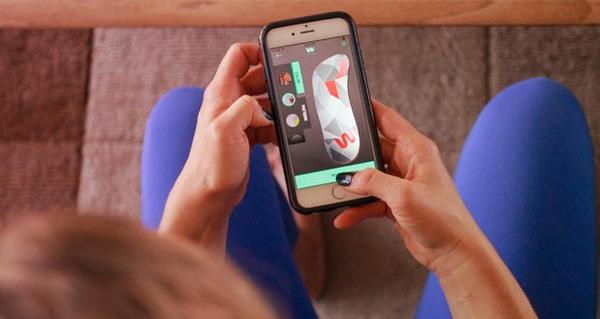 Vancouver, BC, November 13, 2018--(T-Net)--Wiivv, a Vancouver-based technology company that is transforming footwear and apparel for every human body, announced today that Brett Ritter has been named the Vice President of Footwear and 3D Products, reporting to Chief Executive Officer and co-founder Shamil Hargovan.

Ritter will lead the team that defines and produces the on-demand custom-made products that have garnered rave reviews from customers, and earned the brand record-holder status for the world's two most funded 3D-printing projects on Kickstarter.

Ritter comes to Wiivv from PlusFoam Compound Technologies, where he led the environmentally friendly B Corporation-certified leader in providing alternatives to traditional rubber, foam and plastic to many industries, including footwear and to Wiivv for its new sandal footbeds. He is a former Vice President of Product at Reef, a division of VF Corporation, and also held senior executive roles at FreeStyle USA and Deckers Brands. Ritter has a degree in Industrial Design from California State University at Long Beach.

"We're pleased to welcome Brett to the Wiivv team at an exciting moment of growth for the company, after working closely with him on our product roadmap over the past two years," said Hargovan. "As we expand our partnerships while also developing branded products beyond our insoles and sandals, Brett's experience in research and development, automation, production and design is critical to our success."

Ritter will be based in Santa Barbara, CA and will oversee Wiivv's R&D and manufacturing facility in San Diego, CA.

"The process of making shoes hasn't experienced the technical evolution that so many other product categories have, despite customer demand for more offerings and solutions from brands they favor," said Ritter. "Wiivv is the first brand to devise, sell and market custom-made footwear and insoles from a mobile capture platform, an advantage for us as consumers become familiar with and invest in mass customization."

Wiivv (pronounced weave) is a technology company transforming footwear and apparel for every human body. Wiivv Insoles and Sandals are created uniquely for you, based on measurements taken from the award-winning Wiivv app. Wiivv also partners with brands and creators to scale the customization of its products using Wiivv Fit Technology. Headquartered in Vancouver, BC with R&D manufacturing facility in San Diego, California.