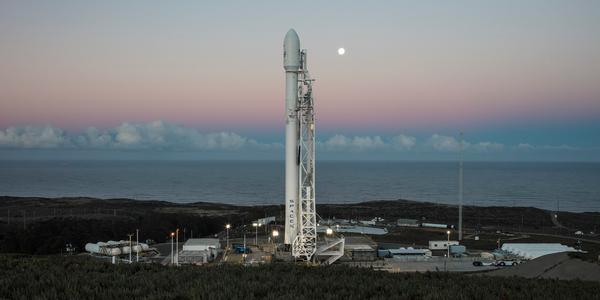 This is the first satellite in a constellation of up to 28 smallsats that will provide global IoT coverage.

"This is undoubtedly an exciting leap forward for us and a foundational component of our future constellation. We expect it will shake up the way people think about IoT connectivity, in terms of application types that can be layered on top of the network, specifically analytics and blockchain," explains CEO and co-founder, Scott Larson. "We're very grateful to our team and partners for helping us reach this milestone and we remain focused on expanding our market opportunities and completing our next group of satellites."

By 2020, the IoT market is expected to be worth US$581B for information and communications tech-based spend, according to a 2018 McKinsey report. (With a compound Annual Growth Rate ranging between 7 and 15%.) The report anticipates that industries related to manufacturing, transportation and logistics, and utilities will spend $40B each on IoT platforms, systems and services. While IoT sensors become cheaper thanks to design innovations, IoT security, another pain point, can also be improved by combining blockchain capabilities.

"The IoT industry is very much in a growth phase. For Helios, the goal isn't only to connect devices and aggregate data, it's also to improve the applications and services that can be layered atop the network. The ability to allow for not only machine-to-machine communication, but also machine-to-machine transactions using the blockchain, is very intriguing. It is the economy of machines and the service offering will add very real value," says Larson.

Truly global connectivity has yet to be fully addressed economically by traditional providers, and with a space-based system, connectivity and data become even more secure and accessible. Ledgers and data can be backed up in space, while small data bursts can be leveraged by both small and large organizations operating across land and sea.

"The key is finding the sweet spot in a system that is robust enough to offer the types of data rates that meet the needs of industrial applications, but also at a price point that actually allows for adoption by a wide range of customers."

Helios intends to scale to 28 microsatellites over the next five years.

Editor's Note: This is an update to let you know that Helios Wire has subsequently reported this morning (after the initial release) that today's launch has now been delayed by SpaceX, and new launch details are on the way.

To allow time for additional pre-flight inspections, SpaceX has delayed today's launch of its Falcon 9 rocket carrying Helios Wire's Pathfinder II and the other satellites of the Satellite Express mission. Once those additional tests are complete, a new launch date will be confirmed by SpaceX.