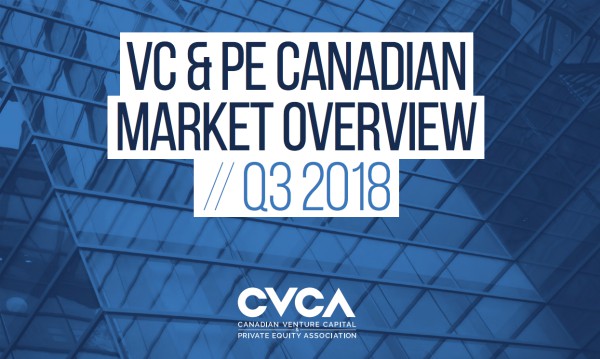 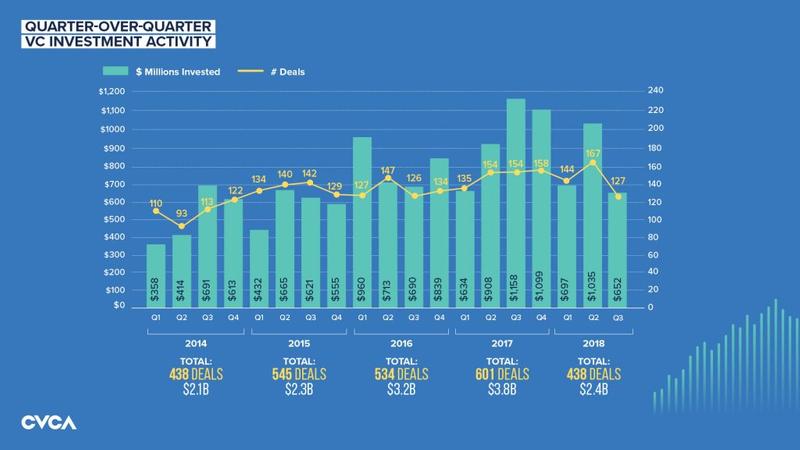 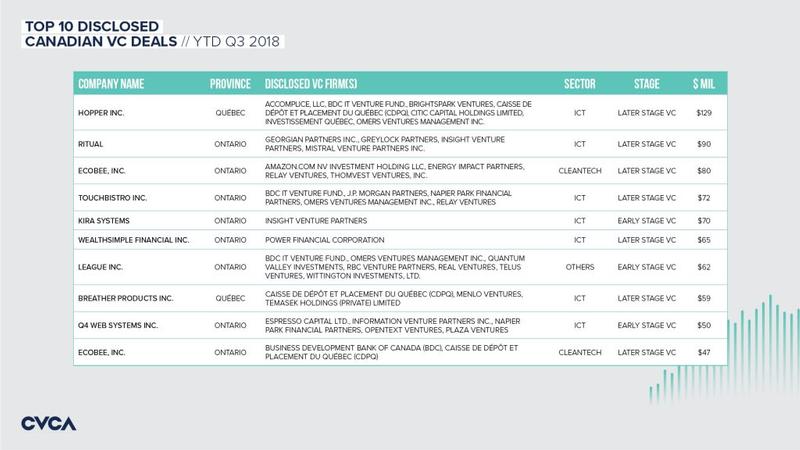 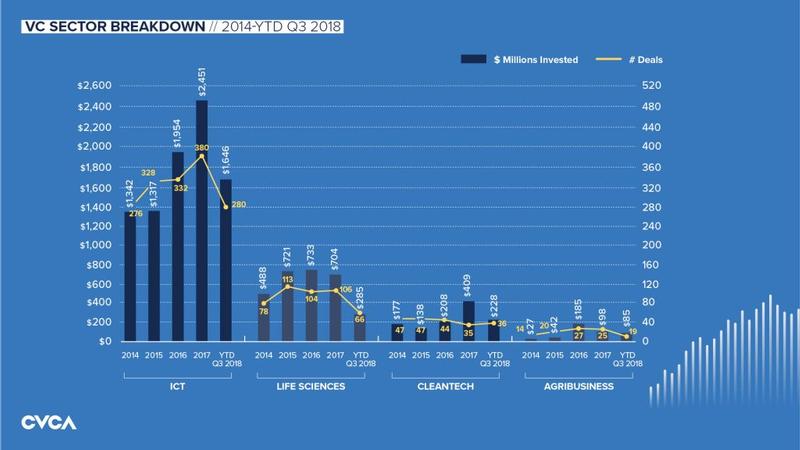 There have been 20 YTD exits totalling $797M (in many of these transactions, investors did not disclose exit values). Strong corporate balance sheets and access to debt continued to drive the M&A markets and incentive behind the VC exit activity.

The largest exit involved the acquisition of a BC Tweed joint venture by Canopy Growth for $347M with participation from Avrio Ventures Management Corporation. 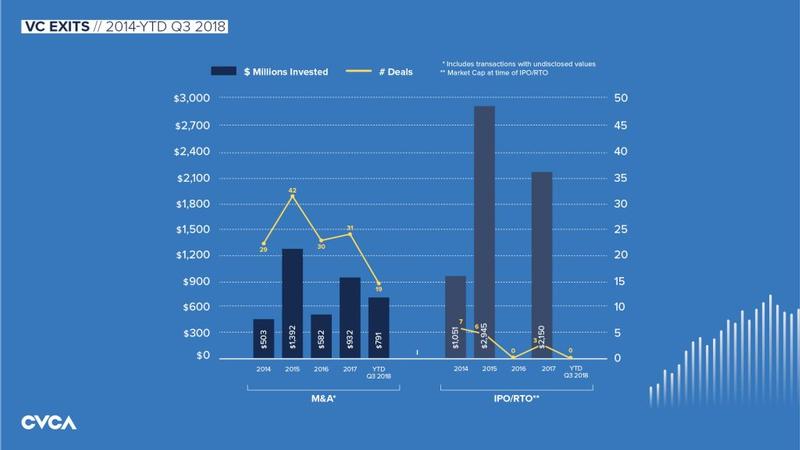 The CVCA is the voice of Canada's venture capital and private equity industry. We are focused on improving the private capital ecosystem by broadening industry awareness and providing market research, networking, and professional development opportunities. We also advocate on behalf of the industry to ensure sound public policy that encourages a favourable investment environment. The CVCA works alongside its members, who represent the vast majority of private capital firms in Canada, to improve the industry and drive innovation and growth. Please visit: http://www.cvca.ca.