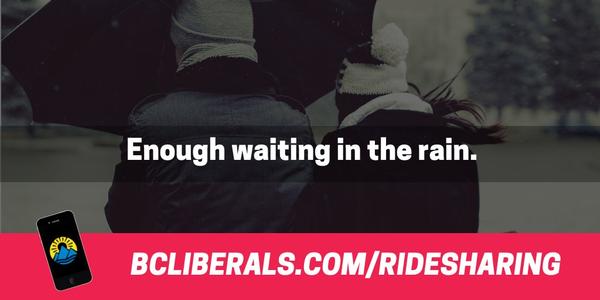 Vancouver, BC, November 30, 2018--(T-Net)--The BC Liberal Party introduced legislation Monday this week to attempt to bring in ridesharing (Uber, Lyft, etc) to BC within 90 days (by February 2019).

The Liberals took the first step and introduced the legislation this week (which was reportedly prepared two years ago while they were in government), and but it was promptly voted against by the NDP and Green parties in BC, without even debating the plan.

The BC Liberal plan would have paved the way for actual ride-sharing in British Columbia in spring 2019 (and far sooner than the current BC government plan).

According to the BC Liberals, their plan and proposed legislation would allow for:

The plan ensures a level playing field is in place through requirements that highlight consumer and driver safety, including:

As well, this plan would facilitate the provision of automobile insurance for all new operators, allowing for:

But alas - it is apparantly not to be, as BC (irrespective of party) appears to be bound and determined to be the last major city on planet earth to license and open up ride sharing (Uber, Lyft, etc) for its citizens.