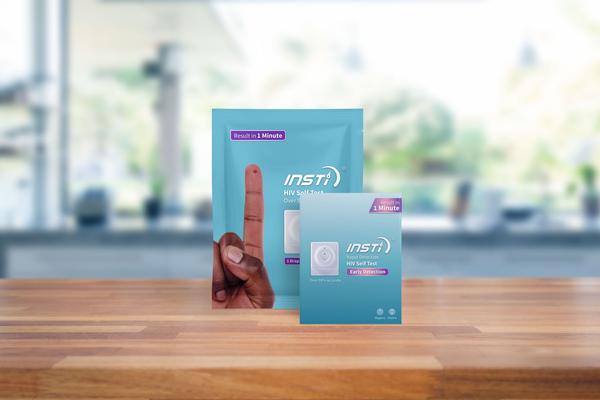 Richmond, BC, December 10, 2018--(T-Net)--bioLytical Laboratories, a leader in rapid infectious disease tests, announced this week that its INSTI® HIV Self Test has been Prequalified by the World Health Organization (WHO).

INSTI, developers of a fast HIV home test (providing results in 1-minute), says it has become the first and only blood-based HIV self-test to be WHO Prequalified.

The INSTI HIV Self Test allows individuals to discreetly screen for HIV in the comfort of their own home using easy-to-understand, field-tested pictorial instructions. The product is based on the INSTI HIV-1 / HIV-2 Antibody Test, which is the only rapid HIV test to be approved by the US FDA, Health Canada, WHO and European Union (CE Mark).

Because of this, bioLytical says its INSTI product is trusted by health care professionals across the globe with over 15 million rapid tests used in more than 60 countries. The ease-of-use, reliability and convenience of a one-minute blood test was adapted from the point-of-care product to one carefully curated for home use.

WHO Prequalification signifies that the product meets the highest global standards of quality, safety and performance. The strict assessment includes a review of the product's technical performance, inspection of manufacturing site, and a laboratory evaluation of the product.

Data supporting the INSTI HIV Self Test Prequalification demonstrates that the test has up to 100% sensitivity and 100% specificity when compared to a fourth generation HIV antigen/antibody ELISA test.

Rigorous field studies showed more than 95% of participants found the INSTI HIV Self Test easy to use, they would use it again and recommend to partners and family members. A large focus is investigating a product's suitability for use in resource-limited settings. Only after the product has passed each stage and meets the prequalification requirements can it become eligible for inclusion by United Nations (UN) and other procurement agencies, such as Unitaid, PEPFAR, and/or the Global Fund.

"Unitaid is delighted that WHO has, for the first time, prequalified a safe and reliable blood-based self-test for HIV. This now gives countries a choice of quality-assured self-tests to offer to individuals so they can find out their HIV status and is a critical step in fulfilling Unitaid's strategic investment objective of building a healthy global market for these vital devices," said Unitaid's Executive Director, Lelio Marmora.

Based on its performance and usability, the INSTI HIV Self Test was selected for use in the UNITAID/PSI HIV Self-Testing Africa (STAR) Initiative, which is the world's largest ongoing demonstration of HIV self-testing to date. The multi-year STAR project is an initiative to catalyze the market for HIV self-testing by generating information on how to distribute HIV home tests effectively and ethically, as well as scale up successful distribution models.

"We will continue to support countries as they develop and launch their self-testing policies, guidelines and programs, with expected launches into South Africa, Zimbabwe, Zambia, Malawi, Rwanda and Nigeria in early 2019 and then globally as in-country policies come into effect," said Ryan Bennett, bioLytical's Vice President, Global Business Solutions.

"Our portfolio of point-of-care and self-tests have become well-known market leaders across Europe and North America. We are proud to have this certification as we continue to bring this highly-anticipated and much-needed one-minute test to Africa, as well as North America, Asia and Latin America. Over the past year, countries and consumers have been actively calling for a quick, easy-to-use, blood-based test and with the achievement of WHO Prequalified status, we are now able to fill this demand."

bioLytical Laboratories Inc. is a privately-owned Canadian company engaged in the research, development and commercialization of rapid, point of care in vitro medical diagnostics using its proprietary INSTI technology platform. With a world-wide footprint of regulatory approvals including US FDA approval, Health Canada approval and CE mark, bioLytical markets and sells its INSTI HIV test globally and INSTI HIV/Syphilis Multiplex test in Europe.

The INSTI product line provides highly accurate test results in 60 seconds or less, far faster than the 15-20 minutes required for competitors' tests based on lateral flow technology. bioLytical has an active R&D program with a pipeline that includes tests for diseases such as Zika, Hepatitis C, Hepatitis B and Ebola, among others. The company also provides contract services to adapt the INSTI platform to meet custom functional and technical diagnostic testing requirements. For more information, please visit www.biolytical.com.