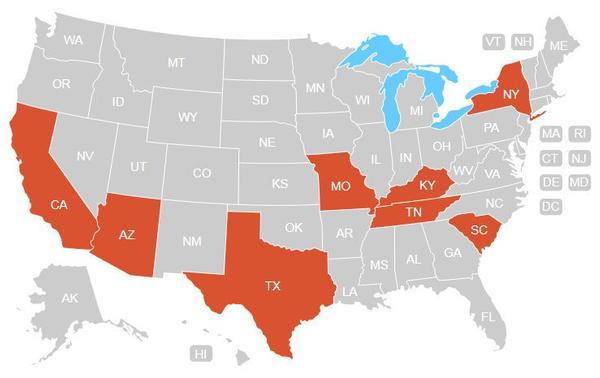 The U.S. Food and Drug Administration (FDA) has confirmed that they are in agreement with Achieve's Initial Pediatric Study Plan, specifically, providing a full waiver for evaluating cytisinicline in a pediatric population. The reasons for the full waiver were based on the low numbers of children smoking under the age of 12 and the logistical difficulties of recruiting treatment-seeking smokers in the adolescent age group. The agreed Pediatric Study Plan will be included as part of Achieve's future application for marketing approval of cytisinicline.

Editor's Note: Achieve Life Sciences, Inc. (NASDAQ: ACHV) announced in August 2018 the closing of its merger with Vancouver-based OncoGenex Pharmaceuticals, as a result of which the stockholders of Achieve became the majority stockholders of OncoGenex.

OncoGenex has been renamed Achieve Life Sciences and the operations and employees of OncoGenex and Achieve have combined to carry on as a fully-integrated late-stage smoking cessation company.

The Company recently announced initiation of the first clinical study in the ORCA (Ongoing Research ofCytisinicline for Addiction) Program.

ORCA-1 is a Phase 2b optimization trial that is currently enrolling 250 smokers at eight trial locations throughout the United States. The trial is evaluating various dosing schedules of cytisinicline and will determine efficacy based on the overall reduction in the number of cigarettes smoked during the various study treatment doses and schedules. It will also compare smoking cessation rates, compliance, and safety profiles, compared to the respective placebo groups. ORCA-1 data results are expected in mid-2019.

Dr. Cindy Jacobs, Chief Medical Officer at Achieve commented, "We are pleased with our recent progress, specifically, initiating the ORCA-1 trial and reaching agreement with FDA on our Pediatric Study Plan for a future market application."

Additional information on cytisinicline and the ORCA program can be found at www.achievelifesciences.com and www.orcaprogram.com.

Tobacco use is currently the leading cause of preventable death and is responsible for nearly six million deaths annually worldwide[1]. It is estimated that 28.6% of all cancer deaths in the U.S. are attributable to cigarette smoking[2]. Achieve's focus is to address the global smoking health epidemic through the development and commercialization of cytisinicline, also known as cytisine.

Cytisinicline is a plant-based alkaloid with a high binding affinity to the nicotinic acetylcholine receptor. It is believed to aid in smoking cessation by interacting with nicotine receptors in the brain by reducing the severity of nicotine withdrawal symptoms and by reducing the reward and satisfaction associated with smoking.

As an approved, branded product in Central and Eastern Europe for more than two decades, it is estimated that over 20 million people have used cytisinicline to help combat nicotine addiction.

"ORCA is a trademark of Achieve Life Sciences, Inc."