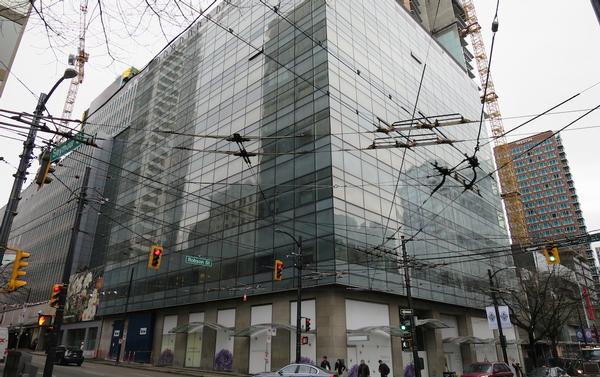 As part of the sale, Avigilon has leased back the same office tower.

The former TELUS building at the northeast corner of Robson and Seymour streets is a nine-storey, 130,000-square-foot office building in downtown Vancouver at 555 Robson Street. The Building is adjacent to the new TELUS Garden building.

Avigilon originally purchased the building from TELUS for $42 million so they likely have made a substantial profit and capital gain on the transaction, even after a reported significant renovation and upgrade to the facilities.

Avigilon also recently reported its acquisition by Motorola for $1.23 billion in a monster deal (all-cash transaction) earlier this month.