Vancouver, BC, February 7, 2018--(T-Net)--The Science Fair Foundation of BC announced today that Yimeng Li, a Grade 10 student from Sir Winston Churchill Secondary in Vancouver, and Aaliyah Mahboubi, a Grade 9 student from Charles Hays Secondary School in Prince Rupert, were selected as finalists to represent BC and Canada at the 2018 event.

The Taiwan International Science Fair brings together 40 overseas students in grade nine to twelve from 20 nations to compete for awards. 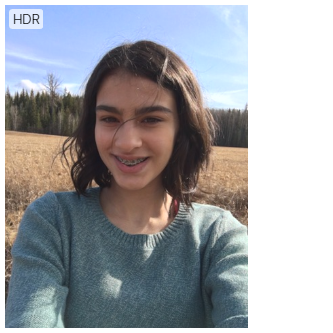 Aaliyah presented her award-winning project, "Microbial-film Power Generation 2.0 - It's about to get cooler" testing electricity production from microbial decomposition earning her a bronze medal in the Environmental Science Category. This is no small feat considering Aaliyah was the youngest participant at the event. 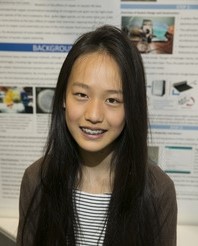 Yimeng presented her project "Anaerobic Respiration: A Novel Bioelectrochemical Copper Recovery System?" which aims to develop an electrochemical copper recovery system that is not dependent on external energy sources. Yimeng received the Silver medal also in the Environmental Science Category.

This continues a string of successes for BC and Canada at the Taiwan International Science Fair being the fourth consecutive year that both BC participants have returned with medals!

"We are so pleased by the success in recent years and believe it speaks to the strength of the BC Science Fair Program. The program gives students throughout British Columbia the opportunity to innovate and explore topics that they are passionate about while developing the skills communicate their ideas." said Madeleine Guenette, Director of Operations, Science Fair Foundation of British Columbia.

Come spring, thousands of British Columbia students will present projects for school Science Fairs. As a result, they will develop an appreciation for scientific research as they engage in their own discoveries, prepare displays and present their work. At least 2,000 of these young scientists, from schools throughout British Columbia, will take part in the annual Regional Science Fairs.

About the Science Fair Foundation of British Columbia


The Science Fair Foundation of British Columbia is the largest science and technology outreach network in the Province supporting science education by inspiring curiosity through the Science Fair program.