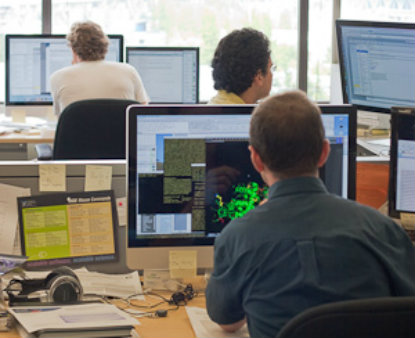 "We are pleased to announce the expansion of our clinical network and increased patient access to this promising compound," said Ali Tehrani, Ph.D., President and CEO of Zymeworks. "By adding selected centers with a demonstrated commitment to oncology excellence, we anticipate accelerating the development of ZW25 thereby allowing us to more quickly identify the optimal route to regulatory review."

In order to initiate clinical testing in Canada, Zymeworks submitted a clinical trial application (CTA) to Health Canada. After a 30-day review period, Zymeworks was notified that Health Canada had completed its review and the Company is in the process of activating multiple sites across the country to participate in the ongoing Phase 1 study of ZW25. In addition, Zymeworks is expanding the number of clinical sites in the United States.

"The interest and enthusiasm in ZW25 from the clinical community has been gratifying, and we are excited to allow more clinicians first-hand experience with ZW25," said Diana Hausman, M.D., Chief Medical Officer of Zymeworks. "We are pleased with the momentum we have developed, and are looking forward to advancing ZW25 into later stages of development."

Status of Phase 1 Testing for ZW25

Enrollment in the dose-escalation portion of the Phase 1 study has been completed. The Company has reported results from this portion of the trial showing encouraging tolerability and anti-tumor activity in heavily pretreated patients with HER2-expressing cancers, including breast and gastric cancers. Additional clinical data is expected to be announced this year at upcoming medical meetings.

ZW25, Zymeworks' lead product candidate, is being evaluated in a Phase 1 clinical trial in the United States. It is a bispecific antibody, based on Zymeworks' Azymetric™ platform, that can simultaneously bind two non-overlapping epitopes of HER2, known as biparatopic binding. This unique design results in multiple mechanisms of action including dual HER2 signal blockade, increased binding and removal of HER2 protein from the cell surface, and potent effector function and has led to encouraging anti-tumor activity in patients with HER2-expressing breast and gastric cancer. Zymeworks is developing ZW25 as a HER2-targeted treatment option for patients with any solid tumor that expresses HER2.

Zymeworks is a clinical-stage biopharmaceutical company dedicated to the discovery, development and commercialization of next-generation multifunctional biotherapeutics. Zymeworks' suite of complementary therapeutic platforms and its fully-integrated drug development engine provide the flexibility and compatibility to precisely engineer and develop highly-differentiated product candidates.

Zymeworks' lead product candidate, ZW25, is a novel bispecific antibody currently being evaluated in an adaptive Phase 1 clinical trial. Zymeworks is also advancing a deep pipeline of preclinical product candidates and discovery-stage programs in immuno-oncology and other therapeutic areas. In addition to Zymeworks' wholly-owned pipeline, its therapeutic platforms have been further leveraged through multiple strategic partnerships with global biopharmaceutical companies.

Forward-looking statements in this news release include statements that relate to Zymeworks' anticipated expansion of its clinical sites for ZW25, anticipated clinical results, its strategies to accelerate development of ZW25, and other information that is not historical information. When used herein, words such as "believe", "may", "plan", "will", "estimate", "continue", "anticipate", "intend", "expect" and similar expressions are intended to identify forward-looking statements. In addition, any statements or information that refer to expectations, beliefs, plans, projections, objectives, performance or other characterizations of future events or circumstances, including any underlying assumptions, are forward-looking.

Actual results could differ materially from those described or implied by such forward-looking statements as a result of various factors, including, without limitation, market conditions and the factors described under "Risk Factors" in Zymeworks' registration statement on Form F-1 and in its supplemented PREP prospectus dated April 27, 2017 filed in connection with Zymeworks' initial public offering on May 3, 2017 (copies of which filings may be obtained at www.sec.gov and www.sedar.com).