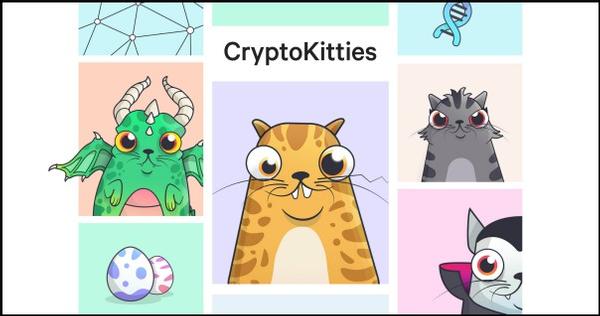 To avoid the Ethereum network overload CryptoKitties caused when it premiered in North America in late 2017, the iOS app launch is initially limited to 5,000 new players in China, Hong Kong, and Taiwan.

To participate in the exclusive launch, new players simply need to join the CryptoKitties official WeChat account and register their email address on a special entry page. Open spots will be awarded to lucky players on an ongoing basis.

Momo Wangis a multiple award-winning and internationally recognised illustrator based in Beijing. She has been named the 46th most powerful person in "China's 100 Most Powerful People" by Century Weekly in 2007, and is the author of seven books. Her book I, TUZKI, U won the Best Graphic Novel Award at the Annual Book Industry Awards of China.

Momo Wang is the first celebrity contributor to the CryptoKitties Artist Series, which will offer special edition digital cats designed by prominent artists, influencers, and designers. A series of unique and limited-edition "fancy" cats designed by Momo Wang will be available globally.

One of the cats will be the subject of a global auction that represents one of the first examples of an internationally-recognized artist auctioning ownership of their art via blockchain technology, underlining the technology's potential for art and artists, as well as their fans. These special edition cats are expected to be highly sought, and this demand could lead to a significant increase in transactions on the Ethereum blockchain.

Momo Wang is the creator of the highly popular Tuzki character, a black and white line drawing of a bunny that is one of the most recognised characters in China and used widely across various instant messaging platforms, particularly WeChat. Tuzki has featured in advertising campaigns by companies as diverse as Motorola, KFC, and Fujifilm. Tuzki is also popular across Asia, with over 40 million Tuzki stickers sent daily on messaging platforms such as Facebook and WeChat. Additionally, Tencent and Turner Entertainment are collaborating on a motion picture based on the character.

CryptoKitties is the ethereum network's largest blockchain game, responsible for over a quarter of the network's traffic during its peak. Unlike cryptocurrencies, such as Bitcoin or ether, CryptoKitties are cryptocollectibles that secure ownership of digital art via blockchain technology. Since launching in late 2017, the game has acquired 1.5 million registered users and conducted over US$40-million in transactions, with some of the game's most popular cats selling for the equivalent of over US$200,000.

In January 2018, Animoca Brands partnered with Axiom Zen, the developer of CryptoKitties, to publish the game on mobile in China, Hong Kong, and Taiwan. Accompanying today's launch are localized website for Chinese-speaking audiences, native-speaker support services, and numerous giveaway events.

CryptoKitties launched to 5,000 users in China, Hong Kong, and Taiwan on iOS devices on March 8th. The game is available in most of the world via the website www.cryptokitties.co.

Animoca Brands (ASX: AB1) publishes globally a broad portfolio of mobile games and subscription products including several games and e-books based on popular intellectual properties such as Garfield, Thomas & Friends™, Ever After High and Doraemon. The Company is based in Hong Kong and Finland. For more information visit www.animocabrands.com or get updates by following Animoca Brands on Facebook, Twitter or Google +

Axiom Zen is an award-winning venture studio that specializes in new platforms and emerging technologies. Axiom Zen was named first among Canada's Most Innovative Companies by Canadian Business. Products developed by Axiom Zen have touched 200+ million consumers and are used by the world's leading companies and government organizations.