Victoria, BC, March 16, 2018--(T-Net)--LlamaZOO announced that MineLife VR, LlamaZOO's software platform for representing a mine plan from exploration to reclamation in an interactive 1:1 scale using virtual reality, was recently selected as 1 of 4 global finalists for #DisruptMining 2018.

#DisruptMining, a competition organized by Goldcorp (one of the world's 10 largest mining companies), is designed to encourage new technologies that solve some of the biggest challenges in mining, with a $1M investment up for grabs.

Over 100 submissions were received, and MineLife VR remained as 1 of 4 disruptive innovations that were presented to a panel of judges and sold-out audience during the live finale on Sunday, March 4th.

"Our goal was to uncover the next revolutionary concept that will truly disrupt our industry. We were incredibly impressed by the caliber of submissions we received this year and look forward to engaging in discussions with all the semi-finalists and finalists," stated Goldcorp COO, Todd White. "The four finalists represent the innovative thinking and collaboration our industry needs to ensure mining stays relevant and does its job to fuel the 21st century economy efficiently and responsibly." 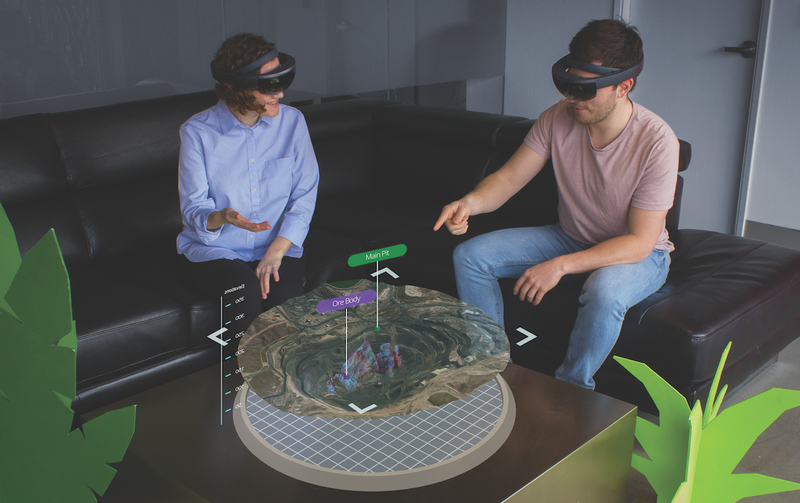 MineLife VR enables companies to represent a mine plan from exploration to reclamation in an interactive 1:1 scale using virtual reality, creating efficiencies and value across investor, government, and community relations; resource management; mine planning and reclamation; and business development.

This disruptive technology empowers mining companies to tell a better story with their data - making it more accessible and actionable for technical and non-technical stakeholders alike. MineLife VR represents the first time that spatial data of such a large and complex nature has been successfully synthesized into a life-sized, interactive, virtual reality experience. If a picture tells a thousand words then MineLife's VR lets you experience a million.

News of the #DisruptMining finalists announcement has already been covered by major media outlets, including the Globe and Mail, BNN, and CIM magazine.

At LlamaZOO we develop interactive and immersive 3D communications, training, and digital twin visualization software for enterprise, specializing in mining, and other natural resource industries.

We are world-leading experts in spatial data fusion - combining large datasets into one centralized repository, making access to and understanding of critical data easier and faster, for both internal and external stakeholders.

If you're interested in learning more about any of our solutions, or exploring project possibilities for your own company, please get in touch: project@llamazoo.com