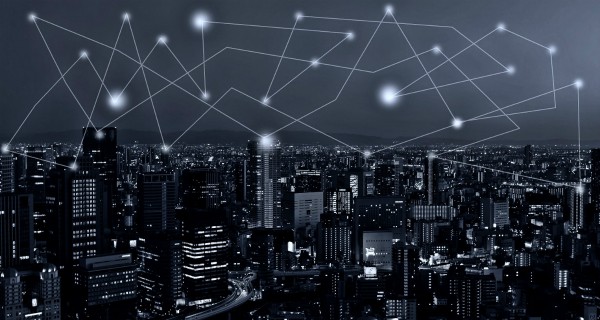 Vancouver, BC, March 5, 2018--(T-Net)--Hut 8 Mining Corp. (TSXV:HUT), formerly Oriana Resources Corporation, announced that it has completed its previously announced qualifying transaction pursuant to the policies of the TSX Venture Exchange.

The parties received conditional approval from the TSXV on February 22, 2018 and a filing statement prepared in accordance with the requirements of the TSXV was subsequently filed under the Company's profile on SEDAR and is available at www.sedar.com.

Trading in the common shares of the Company (the "Resulting Issuer Common Shares") is expected to commence on the TSXV under the symbol "HUT" on or about March 6, 2018 following the issuance by the TSXV of its final bulletin in respect of the Qualifying Transaction.

Pursuant to the Qualifying Transaction:

(c) Oriana acquired all of the issued and outstanding common shares of a private corporation incorporated under the Business Corporations Act (British Columbia) (the "BCBCA"), Hut 8 Mining Corp. (the "Hut 8 PrivateCo"), from the shareholders of Hut 8 PrivateCo in exchange for an aggregate of 82,160,000 Resulting Issuer Common Shares;

The board of directors of the Company now consists of six directors:

Further to disclosure made in the Filing Statement, Sean Clark will remain with the Company on an interim basis while the Company continues its process of selecting a new, permanent Chief Executive Officer who will guide the vision of Hut 8 as a global leader in the crypto-mining industry.

As of the date hereof, the Company has a total of 82,380,000 Resulting Issuer Common Shares issued and outstanding and a total of 1,374,000 common share purchase warrants.

An aggregate of 50,065,453 Resulting Issuer Common Shares held by the directors and officers of the Company, as well as by certain shareholders of the Company, including Bitfury Holding B.V., are subject to escrow restrictions, as described in the Filing Statement.

The Company expects to issue an aggregate of 595,000 options to purchase Resulting Issuer Common Shares to certain directors under the Company's omnibus long-term incentive plan.

In connection with the Qualifying Transaction, Bitfury Holding B.V. ("Bitfury") acquired ownership, control or direction over Resulting Issuer Common Shares and/or other securities of the Company requiring disclosure pursuant to the early warning requirements of applicable securities laws.

In addition, Valery Vavilov, the controlling shareholder of Bitfury and a director of the Company, acquired ownership, control or direction over 1,500,000 Resulting Issuer Common Shares in connection with the Qualifying Transaction.

Bitfury and Mr. Vavilov acquired the Resulting Issuer Common Shares in connection with the Qualifying Transaction for investment purposes. They do not have any current intentions to increase or decrease their beneficial ownership or control or direction over any additional securities of the Issuer.

Subject to applicable escrow restrictions described in the Filing Statement, Bitfury and/or Mr. Vavilov may, from time to time and depending on market and other conditions, acquire additional Resulting Issuer Common Shares through market transactions, private agreements, treasury issuances, dividend reinvestment programs, exercise of options, convertible securities or otherwise, may sell all or some portion of the Resulting Issuer Common Shares they own or otherwise trade in or with respect to securities of the Company.

Copies of the early warning reports in respect of the foregoing may be obtained from Kyle Appleby, Chief Financial Officer and Corporate Secretary of the Company, by e-mail at kyle@hut8mining.com.

Hut 8 is a cryptocurrency mining and Blockchain infrastructure company established through an exclusive partnership with the Bitfury Group, the world's leading full-service Blockchain technology company. Hut 8 currently owns BlockBox Data Centers representing 24.2 MW and 165 PH/s that are in operation or construction, with a pipeline of acquisition and development opportunities across North America. Through its partnership with the Bitfury Group, Hut 8 has access to a proprietary mix of hardware, software, and operational know-how to construct, optimize, and manage datacenters in low-cost and attractive jurisdictions. Hut 8 is led by a team of industry experts and intends to provide investors with exposure to Blockchain processing infrastructure and technology along with underlying cryptocurrency rewards and transaction fees.

The Bitfury Group is the world's leading full-service Blockchain technology company and one of the largest private infrastructure providers in the Blockchain ecosystem. Bitfury develops and delivers both the software and the hardware solutions necessary for businesses, governments, organizations and individuals to securely move an asset across the Blockchain. Bitfury recently launched Exonum, a custom framework that helps individuals, businesses and governments securely and easily bring their ideas and solutions to life.