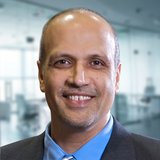 The Board has appointed Amandeep Kaler, currently the General Manager of Avcorp's Delta operations, as the new CEO of Avcorp Group.

Peter George will remain on the Board as a non-executive member and will now chair the executive committee to support the transition with Amandeep Kaler and to remain focused on customers and strategy.

Amandeep's appointment is an exciting milestone in the succession planning at Avcorp, according to the company.

Amandeep is a recognized leader in the aerospace industry. As General Manager of Avcorp's Delta operations, Amandeep had full P&L responsibility. During his tenure as General Manager Avcorp Delta has achieved excellent delivery and quality performance with all its customers. His 18 years of organizational experience across all disciplines uniquely positions him to lead Avcorp into its next phase of growth.

"The company's Board of Directors wishes to thank Peter George for his contribution to the company and his inspiring leadership. Since joining the Avcorp leadership team in October of 2014 as CEO, Peter swiftly aligned Avcorp's vision and strategy. In so doing, Peter was instrumental in growing contractual backlog for Avcorp. He also led the acquisition of the Company's new Composites aerospace business in Gardena, California" stated the company in its press release.

The Avcorp Group designs and builds major airframe structures for some of the world's leading aircraft companies, including BAE Systems, Boeing, Bombardier, Lockheed Martin and Subaru Corporation. The Avcorp Group has more than 60 years of experience, over 700 skilled employees and 636,000 square feet of facilities.

Avcorp Composite Fabrication Inc. is wholly owned by Avcorp US Holdings Inc. Both companies are incorporated in The State of Delaware, USA, and are wholly owned subsidiaries of Avcorp Industries Inc.

Comtek Advanced Structures Ltd., incorporated in the Province of Ontario, Canada, is a wholly owned subsidiary of Avcorp Industries Inc.

Avcorp Industries Inc. is a federally incorporated reporting company in Canada and traded on the Toronto Stock Exchange (TSX:AVP).