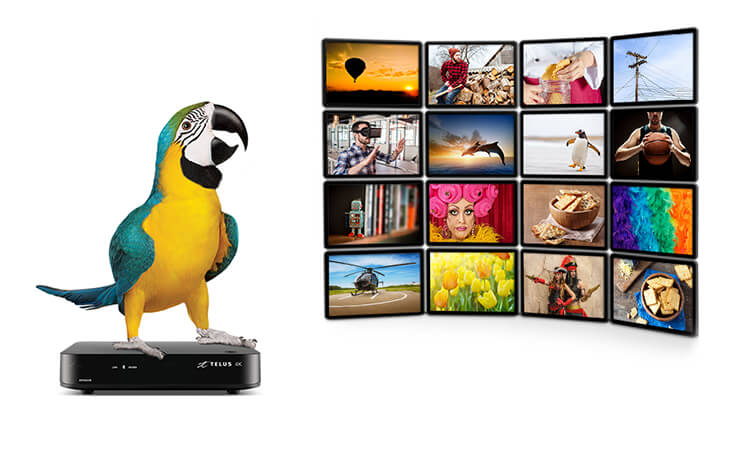 With more than a billion colours to display, 4K HDR is the next evolution in superior TV picture quality

Already the only TV provider in Western Canada to offer live and On Demand 4K content, TELUS is now the only to support 4K HDR, providing Optik TV customers an unmatched TV experience, according to the company.

4K HDR boasts the capability to display more than a billion colours for a more vivid, immersive picture than ever before. 4K HDR dramatically enhances the picture quality of existing 4K technology by improving the colour contrast range with millions of additional colour options to each individual pixel. On-screen colours appear richer and more precise while objects have more depth for an even more realistic, lifelike picture.

"We are dedicated to ensuring that Optik TV customers have access to cutting-edge entertainment technologies. 4K HDR, enriching the viewing experience with more than a billion available colours, is the new gold standard in TV picture quality," said Zainul Mawji, VP of Home Solutions & Complementary Channels at TELUS. "Optik TV customers already enjoy access to the largest PVR capacity, the most On Demand titles and innovative features like Restart TV, a built-in YouTube app and the TELUS-exclusive Healthy Living Network. Being first in Canada to offer 4K HDR is further proof of our commitment to provide Western Canada's best entertainment experience."

Optik TV customers can currently enjoy 4K HDR content On Demand, with titles like Blue Planet II and Planet Earth II, plus blockbusters like Justice League, Dunkirk and Blade Runner 2049. A growing catalogue of 4K HDR-compatible titles can be accessed by pressing the On Demand button on Optik TV remote and choosing the 4K HDR folder within the Featured section. Netflix subscribers with Premium Accounts can also stream 4K HDR content through the built-in Netflix app on Optik TV.

More information can be found at telus.com/4KHDR.

In support of our philosophy to give where we live, TELUS, our team members and retirees have contributed over $525 million to charitable and not-for-profit organizations and volunteered more than 8.7 million hours of service to local communities since 2000. Created in 2005 by President and CEO Darren Entwistle, TELUS' 13 Canadian community boards and 5 International boards have led the Company's support of grassroots charities and have contributed more than $67 million in support of 6,283 local charitable projects, enriching the lives of more than 2 million children and youth, annually. TELUS was honoured to be named the most outstanding philanthropic corporation globally for 2010 by the Association of Fundraising Professionals, becoming the first Canadian company to receive this prestigious international recognition.