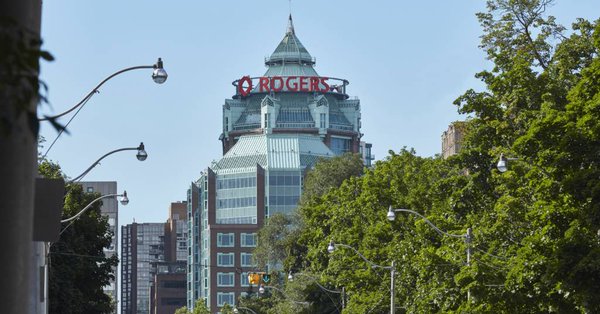 Burnaby, BC, April 24, 2018--(T-Net)--Canadians are one step closer to 5G, the next evolution in wireless that will change the way they connect to the world around them.

Rogers has announced a multi-year network plan that includes working with Ericsson, a North American leader in 5G deployment.

"We are at the advent of the fifth generation of wireless networks. Similar to how 4G powered the proliferation of the smartphone and on demand economy, 5G will make the mass communication of IoT a reality, changing how we live and work," said Jorge Fernandes, Chief Technology Officer, Rogers Communications.

"We're setting the table to lead on 5G with the right infrastructure, spectrum, partners and investments, so we're ready when the ecosystem is ready. Ericsson has helped pioneer the 5G infrastructure across North America, so we couldn't think of a better company to support the reliable and consistent network that our customers will use today and in the future with the performance and consistency they expect from us."

"The future of our businesses, our industries and our daily lives will be impacted by 5G, led by innovative service providers like Rogers. Rogers is taking a significant leap forward today and we are very excited about the opportunity to jointly develop innovative services and new customer experiences," said Niklas Heuveldop, Head of Market Area North America, Ericsson. "Ericsson is working hard each day to make 5G a reality, here in Canada and around the world. We estimate that there will be one billion 5G subscriptions worldwide by the end of 2023."

5G will open up a whole new world, a world that moves beyond connecting people to connecting machines and mass connectivity through the Internet of Things (IoT). Not just about speed, fifth generation wireless technology will deliver always-on reliability and real-time connectivity.

With ultra-low latency, the lag between sending a request and the network responding will theoretically drop to one millisecond, 400 times faster than the blink of an eye. This allows for a massive increase in the number of connected devices and a range of applications that require quick responsiveness, like driverless cars, virtual reality and low-power IoT innovations for smart cities.

Rogers network plan includes the continued rollout of its Gigabit LTE network with technology and equipment that is based on the latest global 3GPP standards, including 4×4 MIMO, four-carrier aggregation and 256 QAM. The company will boost and densify its network with small cells and macro sites across the country.

Working with Ericsson, Rogers will trial 5G in Toronto and Ottawa, in addition to select cities over the next year.

Rogers is a leading diversified Canadian communications and media company. We are Canada's largest provider of wireless voice and data communications services and one of Canada's leading providers of cable television, high-speed Internet and telephony services to consumers and businesses. Through Rogers Media we are engaged in radio and television broadcasting, televised and online shopping, magazines and trade publications, and sports entertainment. Our shares are publicly traded on the Toronto Stock Exchange (TSX: RCI.A and RCI.B) and on the New York Stock Exchange (NYSE: RCI).