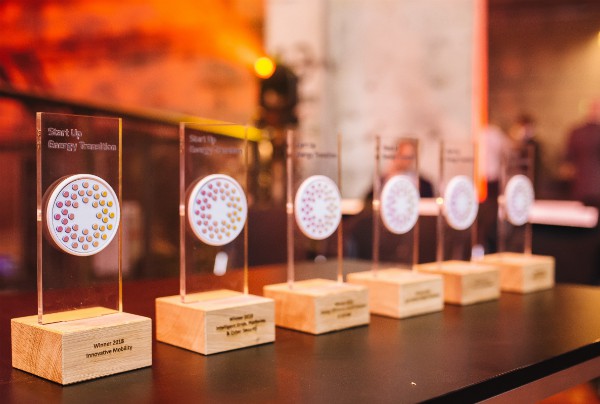 Ionomr was among three companies — including others from Sweden and Israel—in its category, and among 18 overall vying for the prestigious Startup Energy Transition (SET) awards.

Company co-founder and SFU PhD student Benjamin Britton is in Berlin and was recognized during the festival's Energy Transition Dialogue.

The companies were up for awards in six categories and had been shortlisted from more than 400 internationally. 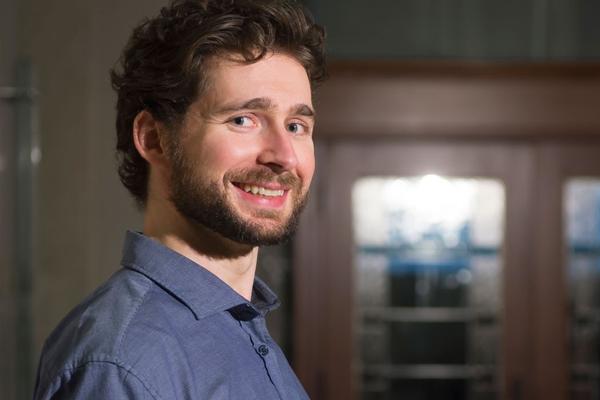 Benjamin Britton, chief strategy officer of Ionomr, which has won a prestigious energy award in Berlin.

"We were thrilled to be the only Canadian finalist competing for this prestigious award," says Ben Britton, Ionomr's chief strategy officer (CSO). "Having traction with many of the largest water electrolysis and power-to-gas equipment manufacturers, we aim to showcase our technology as being cost effective and scalable of technologies that enable an energy economy based on hydrogen, in addition to enhancing the best technologies out there for grid-scale energy storage."

Ionomr was launched out of SFU's department of Chemistry and the Invention to Innovation commercialization program at the Beedie School of Business. They received support and mentorship from SFU's Coast Capital Savings Venture Connection and then moved to SFU's Venture Labs

In 2016 the company also delivered a winning pitch at the Hong Kong-Canada Investment pitch competition, netting nearly $30,000 in cash and services to help bring the company to market. The same year, the company won the SFU Coast Capital Savings Venture Prize. In 2017 Ionomr was named a "Ready to Rocket" company in the Cleantech Emerging Rocket category.

"We are so proud of all that Ionomr and its leadership team has accomplished," says Sarah Lubik, SFU's Director of Entrepreneurship. "This is clear recognition from the international innovation community that the company is creating and enabling incredible social and economic value."

The competition is hosted by Start Up Energy Transition, an international platform supporting innovation in energy transition and climate protection. Their congratulatory tweet (@StartUpGET) noted how Ionomr's "disruptive and revolutionary membrane technology offers to turn the energy world itself upside down!"

The Tech Festival is an annual summit of the SET initiative, which brings together a global network of innovators addressing climate change.