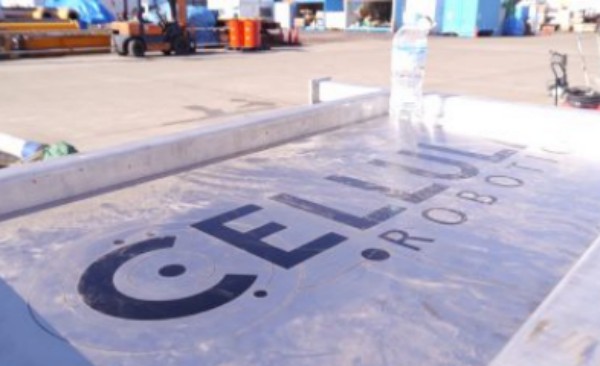 Cellula Robotics Ltd. (Cellula) announced the award of a contract by Public Services and Procurement Canada, on behalf of the Department of National Defence's (DND) science and technology organization, Defence Research and Development Canada (DRDC), under the All Domain Situational Awareness (ADSA) Science & Technology (S&T) Program.

Under this contract, Cellula will develop and perform a laboratory demonstration of an innovative fuel cell, specifically designed for use on a long range autonomous underwater vehicle. The demonstration will include operating in a simulated deep water environment, supplying several hundred kilowatt hours of energy.

The fuel cell system will incorporate a novel Hydrogen Peroxide Oxygen delivery system developed for this project by Protonex Technology Corporation, a subsidiary of Ballard Power Systems. By using Hydrogen Peroxide as the reactant, both the energy density and specific energy of the fuel cell system are greatly improved for subsea applications compared to conventional systems.

This is the first of a possible three-phase program. It has the potential to dramatically reduce the cost of ocean exploration, observation, and mapping by allowing users to run month-long underwater autonomous missions, eliminating the necessity and cost of surface launch/retrieval vessels or manned submarines.

This initial phase of the program is expected to continue for the first half of 2018. Funding for the next phases is conditional on DRDC approval of this proof of concept.

Defence Research and Development Canada (DRDC) is the national leader in defence and security science and technology. As part of Canada's Department of National Defence's science and technology organization, DRDC provides DND, the Canadian Armed Forces and other government departments as well as the public safety and national security communities, the knowledge and technological advantage needed to defend and protect Canada's interests at home and abroad. For more information, please visit DRDC's website: www.drdc-rddc.gc.ca

Through an investment of up to $133 million over five years, through to 2020, in the All Domain Situational Awareness (ADSA) Science & Technology program, DND is supporting a variety of innovative research and analysis projects, the outcomes of which are expected to contribute to the development of options for enhanced domain awareness of air, maritime surface and sub-surface approaches to Canada, in particular those in the Arctic. This research and analysis will be delivered through collaboration with other government departments (OGDs), academia, industry and allies. Surveillance solutions explored and potentially selected will strengthen the Government of Canada's ability to exercise sovereignty in the North, and will provide a greater whole-of-government awareness of safety and security issues, as well as transportation and commercial activity in Canada's Arctic.