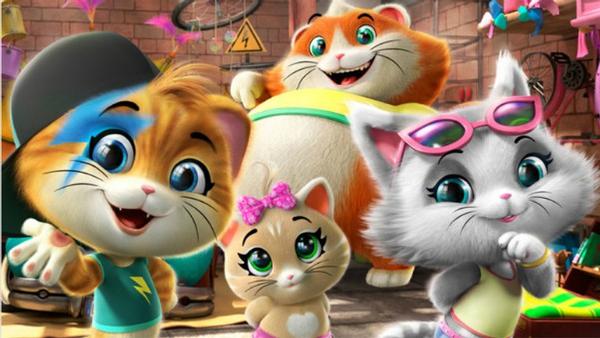 Vancouver, BC, April 27, 2018--(T-Net)--Bardel Entertainment announced that 44 Cats, a brand-new preschool property between Bardel Entertainment Inc. and its parent company Rainbow S.p. A. is being licensed to German commercial broadcaster Super RTL.

44 Cats marks Rainbow's first foray into preschool programming as well as its inaugural production with Bardel (which Rainbow acquired in 2015). Italian broadcaster RAI is co-producing, and will premiere the toon later this year.

"We are absolutely thrilled to announce this major broadcast deal with Super RTL, as it has been a major target of ours to partner with them," said Cristiana Buzzelli, the senior VP of sales and acquisitions at Rainbow. "They have already proven they are a fantastic team to work with, and we are all looking forward to bringing the entertaining adventures of 44 Cats to German children!"

Carsten Göttel, Super RTL's program director, added: "We especially like the positive energy of 44 Cats and the fact that the series strongly focuses on friendship as an underlying value. Its great sense of humor will work for kids and parents alike and therefore fits perfectly into our co-viewing strategy."

What began as a small family business making hand-crafted animation has evolved into a digital studio spanning three state-of-the-art facilities. Through it all we have consistently embraced change, which brings challenges that inspire us to grow creatively. Yet one thing has never changed at Bardel: our commitment to deliver only the highest quality content.

Because Bardel has become a trusted name in the industry, we are the only animation studio in the world concurrently making series productions for a diverse slate of collaborators: Nickelodeon, Disney, Cartoon Network, DreamWorks, Rovio, Matel and Warner Bros. Our current productions include Teen Titans Go!, Dinotrux, Rick & Morty, 44 Cats and several top secret projects we can't mention yet!. Bardel is also the only studio simultaneously working on feature films, prime-time series, kids, and preschool television, as well as projects for SVOD and VOD platforms.