Richmond, BC, April 3, 2018--(T-Net)--LUCID Vision Labs, Inc., a new Richmond-based designer and manufacturer of unique and innovative industrial vision cameras, today announced the release of its new Arena Software Development Kit (SDK) which has been designed to maximize the performance of LUCID cameras and is based on the latest GenICam3 and GigE Vision image acquisition standards. 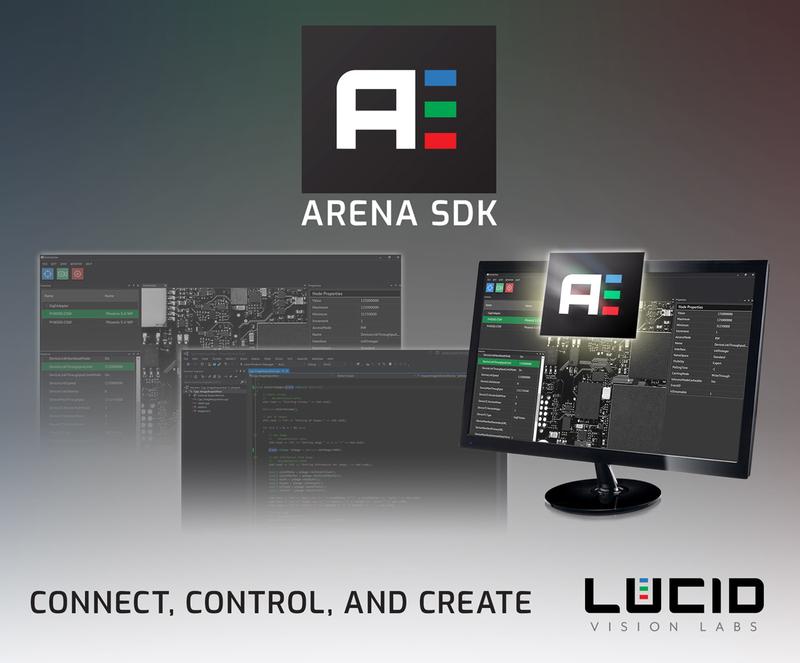 The Arena SDK includes an intuitive image acquisition software called ArenaView, which allows users to access and validate camera features quickly and easily through the GenICam XML based feature tree. Its flexible user interface framework is based on HTML5, CSS3, and JavaScript, modernizing the approach, look and maintenance of user applications. The initial release of the Arena SDK supports Windows, with subsequent Linux support targeted for a Q2 release. All LUCID cameras feature a built-in web interface for easy firmware updates and with additional capabilities to be added in the near future.

"The Arena SDK has been designed from the ground up and optimized for today's diverse range of user preferences," says Rod Barman, Founder and President at LUCID Vision Labs. "It features an intuitive, modern and flexible architecture that enables an easy integration and rapid development of all kinds of machine vision applications and embedded systems."