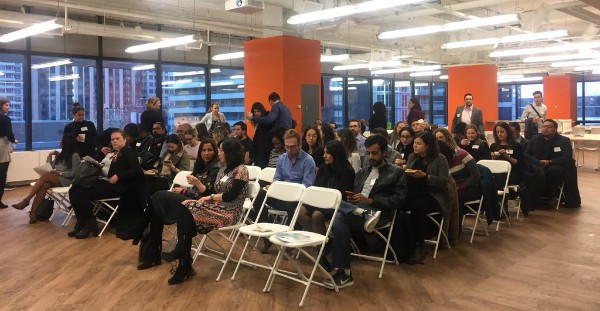 Vancouver, BC, April 3, 2018--(T-Net)--The Globe and Mail has reported this morning that OneEleven, a Toronto-based technology startup accelerator backed by OMERS Ventures, is expanding to Vancouver (and also Ottawa) later this year, and further plans to open new accelerators in Boston and in Europe.

The basically have decided to try and scale their scale-up community to many of the top startup ecosystems in the world, including Vancouver, according to the Globe's report.

OneEleven is North America's largest scaleup innovation hub according to the organization. Its focus is on supporting high-growth technology companies and they bring top founders together inside its world-class accelerator space and provide them with resources they need to try to commercialize their technologies and scale their operations, and build globally competitive companies.

The Globe and Mail reported that OneEleven is looking at a possible initial office space in the historic Marine Building in downtown Vancouver, owned by Oxford Properties.

Oxford Properties is the real estate arm of OMERS. OneEleven's founding partners include OMERS Ventures, the venture-capital arm of the pension fund for Ontario municipal employees; the provincial government's Ontario Centres of Excellence; and Ryerson University.

One option for OneEleven is the downtown nexus where Oxford and Amazon are. A second option is Mount Pleasant, where Hootsuite is based, according to the Globe's report.

See the full story and more details on the Globe and Mail website here.