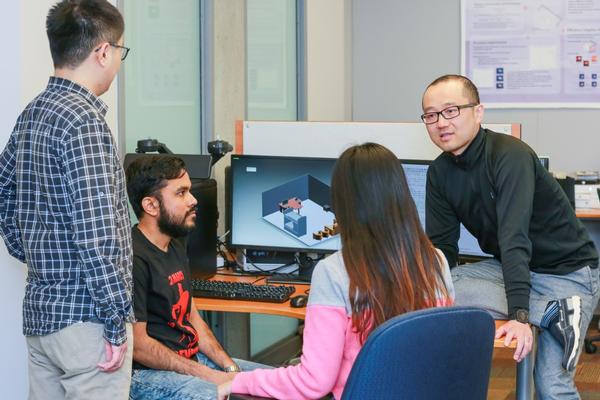 Burnaby, BC, April 9, 2018--(T-Net)--Simon Fraser University is launching a new Professional Master's Program in Computer Science that specializes in visual computing. The first cohort will begin classes in September 2018.

The program's introduction coincides with a recent federal funding announcement supporting the Digital Technology Supercluster. One of its key initiatives is to create a "digital learning factory" in B.C.

B.C. is home to Canada's fastest-growing technology sector. It generates $26 billion a year and continues to attract global companies such as Microsoft, Amazon, Boeing, Disney, Sony and EA.

There are 900 companies specializing in digital media and visual computing in B.C. In Vancouver, there are more than 60 visual effects (VFX) and animation studios, which is the world's largest cluster of domestic and foreign-owned studios involved in producing top-grossing films and video games.

With recent advances in alternative realities (augmented, virtual and mixed realties, or AR/VR/MR), and the AR/VR market expected to reach more than $150 billion by 2020, the digital media and visual computing space is growing at a rapid rate. The sector will soon require a larger pool of talent.

"Our curriculum will focus on computer graphics, computer vision, human-computer interaction and visualization," says Zhang. "These technical skills can then be applied to areas such as AR/VR/MR, design and manufacturing, education, VFX, medical imaging, robotics and autonomous driving."

SFU's School of Computing Science is one of the top computer science departments in Canada, and ranks No. 14 in the world in terms of top research publications in computer graphics and computer vision, the core areas of visual computing.

"We have the research expertise and a track record of training leaders in this field who now work academia and industry," says Zhang. "This program finally allows Canada to stand shoulder-to-shoulder alongside similar visual computing specialty programs offered in the United States and Europe."

In 2017, the provincial government officially approved SFU's Professional Master's Program in Computer Science after the success of a three-year pilot program specializing in big data. Graduates from the big data specialization are now working as data scientists, big data developers, data engineers and machine-learning specialists for companies such as Amazon, RBC, Scotiabank, Tableau, Hootsuite and many others.

For more information on the visual computing specialization visit www.sfu.ca/visual-computing.