During the past year, Fathom has actively tested its positioning platform across multiple industry sectors and use cases - inventory, security, indoor location and asset management. They've incorporated feedback from customers and partners and optimized the system for the varied, and often challenging, indoor RTLS environments into which Fathom will be deployed.

The results of this work are reflected in the company's latest release, now branded "Fathom Locator." 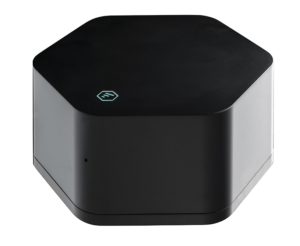 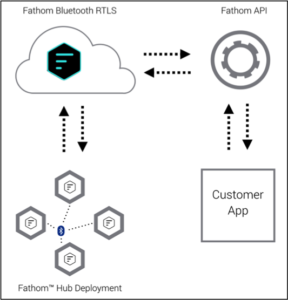 Fathom Locator exposes the position calculations through the Fathom API,
making it easy for them to be used by asset tracking and other business intelligence applications. Fathom Locator includes a new streaming API (websockets) that makes it possible to receive position updates every second and subscribe to specific topics of interest (for example, tracking specific devices or being alerted if a device crosses a geofence).

Key features of Fathom Locator include:

Fathom Locator is designed for use cases that require accurate, real-time and absolute XY positioning of BLE devices. Some simpler use cases, such as when a customer only needs to know that an asset is "nearby" (known as "presence detection"), can be addressed by other means or technologies (these are described more fully in our latest white paper, available at: http://bit.ly/2FXwpkJ). However, if you need flexible tag form factors and need to locate indoor assets over a large area, BLE RTLS is likely the best choice.

Fathom represents the next generation of indoor location technology, utilizing Bluetooth to enable asset tracking and RTLS with 2 meters or better accuracy. Our subscription-based location as a service (LaaS) offering enables specialized Fathom Hubs deployed at a customer's premises to locate any BLE device or tag within the facility. Fathom's cloud architecture provides reliable, scalable and simple integration with a customer's existing asset tracking, business intelligence, compliance or control systems. Fathom provides greater coverage than RFID, better accuracy than Wi-Fi and a lower cost than UWB.