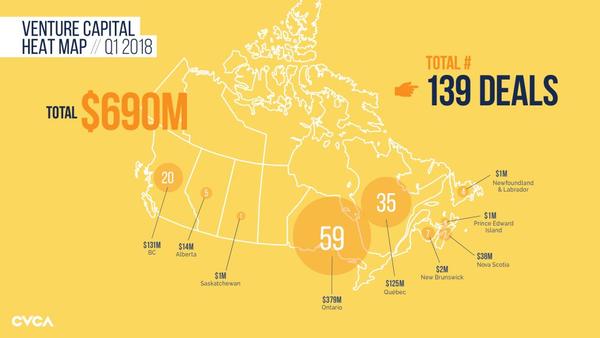 The association stated in a release that the last three quarters are evidence of a thriving VC investment climate currently, and that they expect this strong mementum to continue throughout 2018.

Locally, there were 20 major VC deals reported in BC for Q1 2018, totalling $130 million (or roughly 19% of the Canadian national total). Punching above our weight as usual.

D-Wave had the top "disclosed" VC deal in BC in Q1 with a $20 million VC round from Public Sector Pension Investment Board (PSP Investments).

(although the major new $55 million financing round for BuildDirect in late March did not appear to be included, or the US$50 Million of Growth Capital from CIBC Innovation Banking for Hootsuite).

"The Canadian venture capital ecosystem continues to capitalize on Canada's strategic advantage in a number of areas, resulting in very competitive returns in many sectors," said Mike Woollatt, CEO, CVCA. "In order for this trend to continue, we will be working hard with government and other stakeholders to ensure Canadian regulation and taxes are competitive to help foster an ongoing competitive edge." 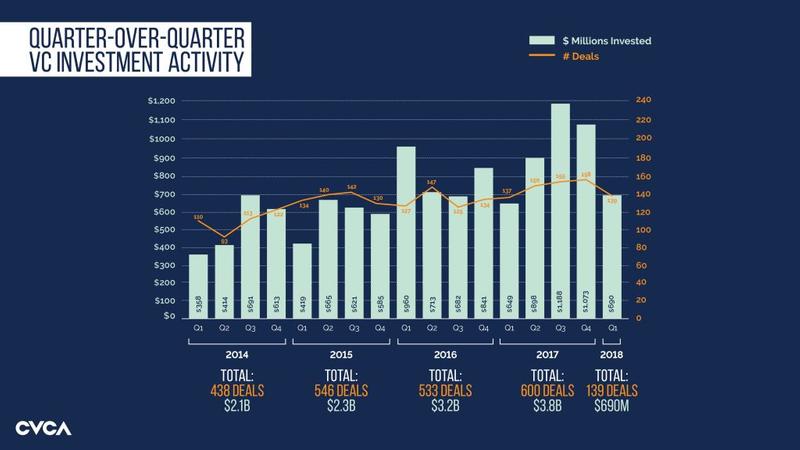 The exit environment for venture capital in Canada continued to rebound from last year with 11 undisclosed exits in the first quarter of the year.

Information and communication technology (ICT) companies captured the majority of Q1 2018 investment with 61% of total dollars invested ($423M over 87 deals) with cleantech companies receiving a 19% share ($132M over 16 deals).

The CVCA is the voice of Canada's venture capital and private equity industry.

The CVCA works alongside its members (private and public sector firms managing the vast majority of venture capital and private equity in Canada) to improve the industry and drive innovation and growth.