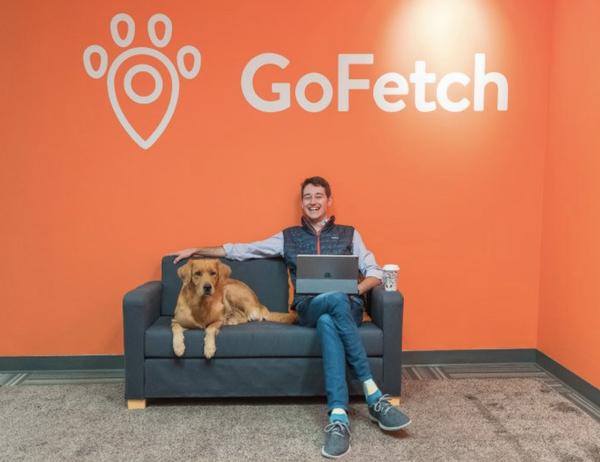 Vancouver, BC, June 15, 2018--(T-Net)--GoFetch announced today that it has been acquired by Future Pet Animal Health Inc. (FuturePet) for an undisclosed amount of money according to a blog post issued earlier today by Willson Cross, the 25 year old CEO and co-founder.

This comes shortly after the company announced a $3.4 million funding round earlier this year that valued the startup at nearly $10 million.

GoFetch's decision to sell to Future Pet Animal Health Inc. came down to the ability to realize the pet-tech company's vision and potential at a larger scale with a differentiated offering to customers.

--------------------------
Editors Note: Want to read a fascinating 'post-acquistion perspective' by this company's co-founder and CEO on their 3 year start-up journey, from raw startup (out of a basement) through funding,  and ultimately to acquisition, with some interesting post-deal thoughts and perspective?

Read it here on T-Net.

GoFetch recently launched a veterinarian offering, Cross mentioned. He also said competition from the US and stiff Venture Capital markets impacted his decision.

"What people tend to forget about online marketplaces is that scale and product development are a function of time. You need a product people actually care about and want to spend money with, and you need massive scale to satisfy the slim margins... time equals cash, cash equals time."

Both companies competed with GoFetch and have reported valuations of $1 billion and annual revenues over $200 million.

"If you stop reading the quick case studies and start chatting with growth teams at the big Bay Area tech companies, you get a totally different picture... it totally makes sense when I see competitors like ours raise hundreds of millions." said Mr. Cross.

The global pet care industry has grown 14 percent over the past 5 years and the industry is worth $100 billion dollars.

According to Roth Capital Partners, 20 per cent of millennial pet owners spend more than 10 per cent of their household income on pet products and services.

"Both Private Equity and Venture Capital, especially SoftBank, are making the space very interesting. It's no secret that the pet industry is a traditional category getting disrupted by technology... everyone wants a piece." Cross, age 25, said.

Earnings for publicly traded pet companies grew over 20 per cent in 2017, according to Cascadia Capital.

As part of the acquisition, a small amount of GoFetch employees will join FuturePet's team, and GoFetch will cary on as an independent brand and wholly controlled subsidiary.

During their last financing, some shareholders participated in a secondary-sale of shares providing an average of 600% in returns, according to the company. Cross never took any shares off the table until the acquisition took place, according to a news release from the company.

The company co-founder also reported in a post-acquisition blog post and editorial, that GoFetch shareholders got an average of 235% return on capital from the founding of the company to it's exit.

The company had nearly 30 employees at time they were purchased and were doing $1 million in annual sales. Revenue has been growing over 50 percent for six consecutive quarters.

The startup had a presence in every major Canadian city and has over 3,000 pet sitters / dog walkers across the country.

Cross started the company over 3 years ago after leaving shoes.com, a failed startup that sold to Walmart out of bankruptcy.

"Dropping out to join a startup (shoes.com), then selling one of my own has been nothing but fun. I don't know why more Canadians in their twenties are not doing their own startup... the career trajectory and learnings are more than you would get anywhere else", said Cross, who says he is now having fun mentoring his friends through an early stage incubator, Cross Venture Group (CVG).

"CVG is really just a side gig, I plan on either joining a very ambitious startup or doing another one."