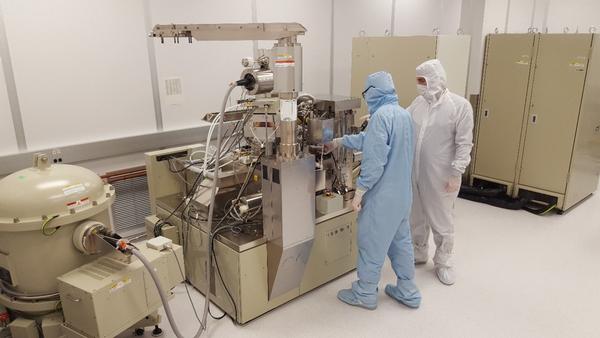 Access to the JEOL Electron Beam Lithography (EBL) system establishes SFU as the first university in Western Canada to benefit from its capabilities, which include creating nanotechnology up to 10,000 times smaller than a human hair.

"The new system will enable new research and insights in nanotechnology," says Neil Branda, 4D LABS scientific director. "It also allows 4D LABS to be seen as a world-class facility with leading-edge program capabilities in advanced nanoscale design and development. This initiative proves that when industry and academia work together, a whole is produced that is greater than the sum of its parts."

The strategic partnership between SFU and Nanotech Security focuses on accelerating best-in-class design and function of nanoscale devices for both academia and industry.

"The new system establishes Nanotech as the nucleus in Western Canada for excellence in nano-technology," says Clint Landrock, Nanotech's CTO and SFU alumnus. "Our strong relationship with 4D LABS has been a key factor in that achievement."

Operated by Nanotech's proprietary algorithms, the JEOL EBL will enable the company to fabricate more advanced nano-structures with even higher resolution and contrast and the potential to generate image sizes up to nine times larger with production estimated to be up to 10 times faster than the company's current capabilities.

Nanotech and SFU's 4D LABS is a successful industry-university partnership that has been collaborating since 2009.