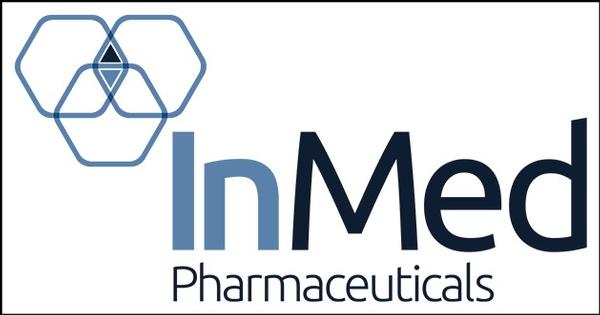 The total gross proceeds raised by the Company in the Financing were C$14.95 million.

InMed's President and Chief Executive Officer, Eric A. Adams, commented, "This financing is expected to fund our most advanced and highest-value programs, specifically our proprietary biosynthesis manufacturing technology and the development of INM-750 for the treatment of Epidermolysis Bullosa."

Mr. Adams continued, "We are confident that the ongoing development of our various programs will lead to the achievement of significant value inflection milestones for the Company. Together with our cash on hand of C$13.88 million as of March 31, 2018, InMed is now well funded for in excess of two years, after factoring in an anticipated significant increase in research and development expenditures."

Due to high investor demand, the Financing was up-sized from its original amount of C$10 million to C$13 million, and the 15% over-allotment option was exercised in full, bringing the total gross proceeds of the Financing to C$14.95 million.

Under the terms of the Financing, the Company issued a total of 16,611,244 units at a price per Unit of C$0.90, inclusive of the Units offered in the over-allotment.

Each Unit consists of one common share of the Company and one common share purchase warrant. Each Warrant entitles the holder thereof to acquire one additional Share at a price of C$1.25 for a period of 24 months following the closing date, or June 21, 2020.

The Warrants will be listed on the Toronto Stock Exchange under the symbol "IN.WT" and will commence trading today.

INM-750 is a proprietary, topical cannabinoid product candidate targeted as a therapy in epidermolysis bullosa (EB) and other potential dermatological and wound-healing applications. It has been specifically designed with the intent to: (i) modify the underlying cause of the disease in certain patients with EB Simplex (EBS, the most common form of EB), and (ii) to treat the major symptoms of the disease in all patients with EB. Preclinical data generated previously demonstrates that INM-750 may have a significant impact on certain symptoms of EB (which may include improvement of wound area to promote healing, reduction in pain, itch and inflammation, and providing antimicrobial activity). These disease hallmarks are key therapeutic targets for the effective treatment of EB as well as several other dermatological conditions. Additionally, our data indicate that INM-750 may have an impact on the underlying disease by increasing the production of certain proteins, called keratins, in the skin.

EB is a group of rare diseases that cause fragile, blistering skin. The blisters may appear in response to minor injury, even from heat, rubbing, scratching or adhesive tape. In severe cases, the blisters may occur inside the body, such as the lining of the mouth or the stomach. Most types of epidermolysis bullosa are inherited. The condition usually presents in infancy or early childhood. Epidermolysis bullosa has no cure.

InMed is developing a stimulus-responsive, nanoparticle-laden vehicle for controlled delivery of ophthalmic drugs into the aqueous humor of the eye. The first application of this delivery vehicle will be for INM-085 as a cannabinoid-based topical therapy targeting reduction of the intraocular pressure associated with glaucoma as well as being designed to serve as a neuro-protectant to the retinal ganglion cells. INM-085 is intended for application as a once-per-day eye drop administered immediately prior to the patient's bedtime, intending to assist in reducing non-adherence with current glaucoma therapies. Additionally, this novel, proprietary delivery system for ocular drugs may also play an important role in enabling other companies' proprietary ocular drug candidates or re-invigorating the commercial potential of off-patent products that would benefit from a once-a-day dosing regimen.

Glaucoma is a group of eye conditions that damage the optic nerve, which is vital to good vision. This damage is often caused by an abnormally high pressure in your eye. It is the second leading cause of blindness worldwide. It can occur at any age but is more common in older adults. The most common form of glaucoma has no warning signs. The effect is so gradual that you may not notice a change in vision until the condition is at an advanced stage. Vision loss due to glaucoma can't be recovered.

With respect to the forward-looking information contained in this news release, InMed has made numerous assumptions regarding, among other things: continued and timely positive preclinical and clinical efficacy data; the speed of regulatory approvals; demand for InMed's products; and continued economic and market stability. While InMed considers these assumptions to be reasonable, these assumptions are inherently subject to significant business, economic, competitive, market and social uncertainties and contingencies.

Additionally, there are known and unknown risk factors which could cause InMed's actual results, performance or achievements to be materially different from any future results, performance or achievements expressed or implied by the forward-looking information contained herein. Known risk factors include, among others: InMed may not use net proceeds received from the Financing as currently contemplated; preclinical and clinical testing may not produce the desired results on a timely basis, or at all; regulatory applications may not be approved on a timely basis, or at all; economic or market conditions may worsen; and InMed's proprietary bioinformatics database drug/disease targeting tool, cannabinoid biosynthesis technology and drug development pipeline may not deliver the expected level of results nor become the fundamental value drivers of the Company. A more complete discussion of the risks and uncertainties facing InMed is disclosed in InMed's most recent Annual Information Form and other continuous disclosure filed with Canadian securities regulatory authorities on SEDAR at www.sedar.com. In addition, readers should review the disclosure under the heading "Risk Factors" in the Prospectus.