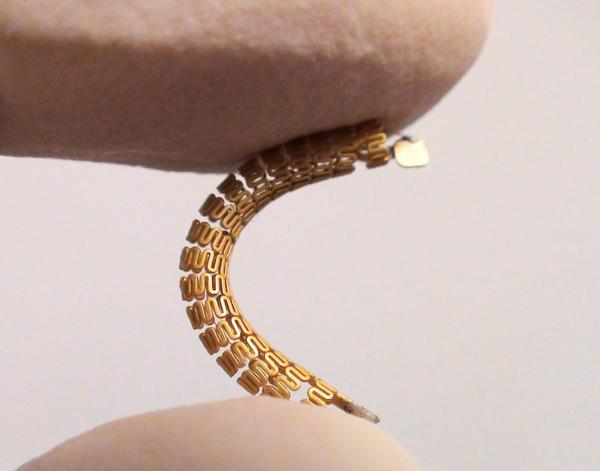 The device uses medical-grade stainless steel and looks similar to most commercial stents.

Vancouver, BC, June 26, 2018--(T-Net)--UBC Research: For every three individuals who have had a stent implanted to keep clogged arteries open and prevent a heart attack, at least one will experience restenosis—the renewed narrowing of the artery due to plaque buildup or scarring—which can lead to additional complications.

Now, a team led by UBC electrical and computer engineering professor Kenichi Takahata has developed a type of "smart stent" that monitors even subtle changes in the flow of blood through the artery, detecting the narrowing in its earliest stages and making early diagnosis and treatment possible.

"We modified a stent to function as a miniature antenna and added a special micro-sensor that we developed to continuously track blood flow. The data can then be sent wirelessly to an external reader, providing constantly updated information on the artery's condition," said Takahata. 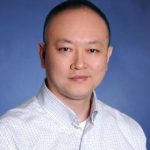 The device uses medical-grade stainless steel and looks similar to most commercial stents. Researchers say it's the first angioplasty-ready smart stent—it can be implanted using current medical procedures without modifications.

Research collaborator Dr. York Hsiang, a UBC professor of surgery and a vascular surgeon at Vancouver General Hospital, noted that monitoring for restenosis is critical in managing heart disease.

"X-rays such as CT or diagnostic angiograms, which are the standard tools for diagnosis, can be impractical or inconvenient for the patient," said Hsiang. "Putting a smart stent in place of a standard one can enable physicians to monitor their patient's health more easily and offer treatment, if needed, in a timely manner."

The device prototype was successfully tested in the lab and in a swine model.

Takahata, who holds patents for the technology, says his team is planning to establish industry partnerships to further refine the device, put it through clinical trials and eventually commercialize it.

The research is described in the May issue of Advanced Science and featured on its front cover. Engineering researcher Xing Chen, now a research associate at the Johns Hopkins School of Medicine, and Babak Assadsangabi, a postdoctoral fellow at UBC's faculty of applied science, also contributed to the study.