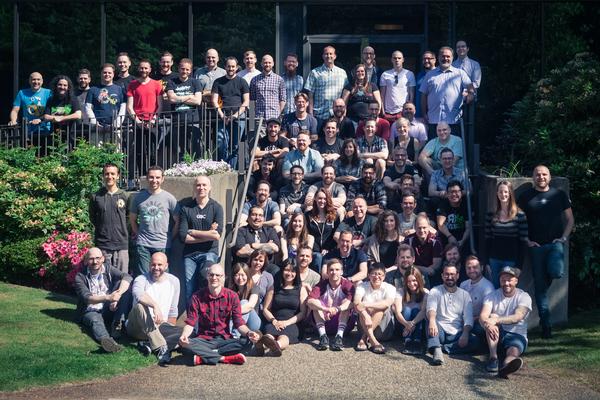 Burnaby, BC, July 20, 2018--(T-Net)--Phoenix Labs, an independent development studio dedicated to making games for players to share for years to come, today announced that their free-to-play co-op Action-RPG Dauntless has hit a pivotal 2 million player milestone since launching into Open Beta in late May, 2018.

To celebrate the milestone, Phoenix Labs has announced that the next major content expansion in Dauntless, The Coming Storm, will further evolve the Shattered Isles for players worldwide on August 9th - all free to play.

"With The Coming Storm we're putting community feedback into action, debuting the first fully ranged weapon, and players will see a decidedly new and fresh Dauntless experience on August 9." said the company in its press release.

The Coming Storm begins when an Ostian Dreadnaught, bristling with industrial might and an indignant crew, crashes into Ramsgate, the central hub in Dauntless, reshaping the sprawling city and introducing players to a variety of new NPCs, stories, and quests. A new Behemoth, Koshai, the Sovereign of Thorns, stirs beyond the horizon. Members of the Ostian faction also bring with them new technology. Players will be able to craft and wield new gear and weaponry to take on the Behemoth threat - including explosive new grenades and the first truly ranged weapon: the Ostian Repeaters.

Players will notice a distinct (and deadly) change to the Behemoth ecosystem in The Coming Storm as the introduction of Koshai causes the other beasts to evolve and change beyond their usual behavior and form. Expect a new spin of classic encounters and keep Slayers' skills honed.

"The Dauntless community is one of the most vocal and passionate groups of people in gaming, and they've helped us shape Dauntless into what it is today, and what it will become in the future," said Jesse Houston, CEO and co-founder of Phoenix Labs. "With The Coming Storm we're putting community feedback into action, debuting the first fully ranged weapon, and players will see a decidedly new and fresh Dauntless experience on August 9."

For more information on Dauntless, visit the official site at www.playdauntless.com

Phoenix Labs is an independent game studio based in Vancouver, British Columbia. The company was founded in 2014 under the principle of creating new AAA multiplayer experiences for gamers to create lasting, memorable relationships for years to come. Their debut title Dauntless, a free-to-play cooperative action role playing game (RPG), is being created by veteran game designers from BioWare, EA, Capcom and Riot Games. For more information on Phoenix Labs visit www.phxlabs.ca