Canadian VC Funding Maintains Strong Volumes and Activity in the First Half of 2018, According to MoneyTree Canada Report 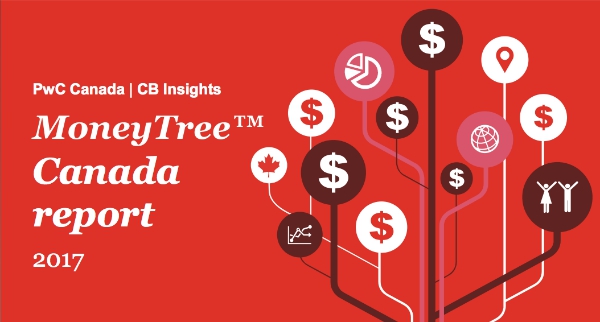 Vancouver, BC, July 26, 2018--(T-Net)--The number of deals to Canadian venture-backed companies increased in the second quarter of 2018, according to the MoneyTree™ Report from PwC Canada and CB Insights.

The increase occurred despite a marginal decline in investment dollars compared to the previous quarter.

This past quarter, Canadian venture-backed companies closed 116 deals, up from 112 in Q1. Meanwhile, total venture capital funding (all figures in USD) totaled $900M in Q2'18, a 7% decline in investment from last quarter.

"From coast to coast, we have seen strong venture capital activity in the first half of 2018. A recent rebound in seed-stage deal activity and a lift in later-stage deals show broad levels of investment support across all stages of funding," said Michael Dingle, National Deals Technology Leader, PwC Canada.

"Canadian AI companies saw record highs in funding and deals this past quarter, as that sector attracts increasing investor interest," stated Anand Sanwal, co-founder and CEO of CB Insights. "With funding to AI companies jumping 104% in Q2'18, the sector is on pace for a record funding year."

Funding and deal activity for Québec City and Calgary increased dramatically in Q2'18. Québec City-based companies raised $147M over 5 deals in Q2'18, a significant increase from just one $8M deal in Q1. This funding increase was driven by Coveo's $100M round- the largest Q2'18 Canadian deal, and La Maison Simons' $34M round.

Toronto continues to lead in deals for Canadian VC-backed companies. It was also the top market for funding in Q2'18 with $290M invested across 33 deals despite a 11% decline from last quarter.

The MoneyTree Report can be found here.

At PwC, our purpose is to build trust in society and solve important problems. More than 6,700 partners and staff in offices across the country are committed to delivering quality in assurance, tax, consulting and deals services. PwC Canada is a member of the PwC network of firms with more than 236,235 people in 158 countries. Find out more by visiting us at www.pwc.com/ca.