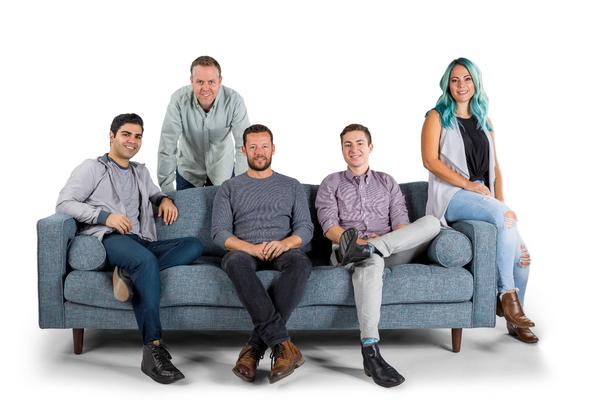 Vancouver, BC, August 16, 2018--(T-Net)--VFF (formerly Vancouver Founder Fund) announced in a blog post on Medium today that it has closed its second venture capital fund, reportedly this time for over $30 million.

VFF started in 2015 with a $14 million dollar "proof of concept" fund with a thesis of being true service-based investors who can add tangible value to the companies they invest in, and has made investments in well known local companies such as Article and Thinkific.

Now with more than double the capital in their original fund, they plan on investing in another ten to twelve companies with the same concentrated investment approach.

Editor's Note: Fraser Hall and Dan Eisenhardt are previously co-founders of Vanouver-based Recon Instruments (in Yaletown) which was acquired by Intel in June 2015 (for a rumoured but not confirmed $175 million+).

VFF also announced that they have made their first investment from Fund II in AvenueHQ.

AvenueHQ is a Vancouver-based company who have developed an SaaS marketing platform built for real estate agents, and helps users manage personal websites, social media, advertising, and newsletters so the agents can focus on connecting with clients and selling homes in a meaningful way.

AvenueHQ has reportedly experienced rapid growth over the past few years and is gaining traction with their recent expansion into the U.S., according to the company.

There is more to choosing an investor than selecting the term sheet with the highest valuation. Strategic capital, in its true form, extends the founding team's capacity. That's what we do at VFF. We invest in companies where we can add tangible value.

Frustrated with our previous experience of raising capital as founders in the B.C. ecosystem, it became apparent that there was a lack of quality capital available to B.C. companies. Our investors wavered between being overbearing and absent, which resulted in them never being aligned with our interests or bringing any real value beyond capital. Like any founder, we set out to solve this problem. We started VFF in 2015 with a $14 million dollar "proof of concept" fund with a thesis of being true service-based investors who can add tangible value to the companies we invest in. Our first fund has performed incredibly well, with companies like Article and Thinkific, and we feel privileged to work with some of the most brilliant and driven founders who are building massive companies in the Pacific Northwest.

We want to continue to invest in and support other founders like them which is why we are excited to announce the closing of our second fund.

Fund II has more than twice the capital to deploy than Fund I, but we have no intention of altering our concentrated investment approach. We plan on investing in another ten to twelve companies and with a larger fund size, it allows us to act with more conviction (larger cheque sizes) and double down on the winners. We value partnership over transactions and are looking to continue to work with founders who are solving tough problems and are on their way to being the next immense success story of the Pacific Northwest.

We continue to operate as a service-based firm, flipping the traditional VC-founder dynamic on its head and asking the question — how can we help?

We believe our job starts even prior to making an investment and we tailor our services to be of maximum value to each company's needs. We've expanded on our service-based approach by creating the VFF Community — a place for our companies to leverage the collective knowledge of our team and each other. Our community initiatives, including executive meetups, strategic partnerships, and talent recruiting, help our companies extend the capacity of their teams. We draw from the lessons learned through the scars on our backs to help our companies reduce the cost of the scale-up learning curve, but we also want to ensure that we are utilizing the expertise that lies directly within our portfolio.

We have made our first investment from Fund II in AvenueHQ. This Vancouver-based, SaaS marketing platform built for real estate agents, helps users manage personal websites, social media, advertising, and newsletters so the agents can focus on connecting with clients and selling homes in a meaningful way. AvenueHQ has experienced rapid growth over the past few years and is gaining tremendous traction with their recent expansion into the U.S. and has no intention of slowing down.

We are excited about what we are seeing in the local ecosystem. We believe that Vancouver is in the early innings of a virtuous cycle where we are seeing repeat founders and recycled capital from successful tech exits that are major factors in our thriving tech scene.

If you're a seed stage company building a globally competitive business and would like to connect, please introduce yourself by visiting ourwebsite or email info@vff.vc.