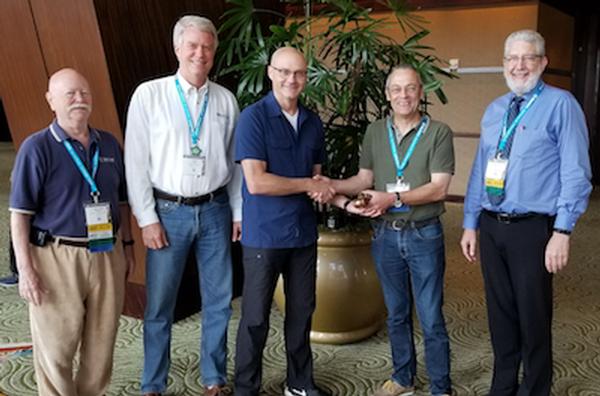 Victoria, BC, August 23, 2018--(T-Net)--Reliable Controls announced today that Michael Osborne, the company's Firmware Manager, has been appointed as, and has accepted the role as BACnet's Chair.

BACnet has been an international standard since 2003, and has 877 listed products from 180 manufacturers, with over 1,000 vendor IDs from 50 different countries.

The purpose of the BACnet standard is to define data communication services and protocols for computer equipment used for monitoring and control of Heating, Ventilation, Air Conditioning, and Refrigeration (HVAC&R) and other building systems such as lighting, access control, elevators, and life safety. It also defines an abstract, object-oriented representation of information communication between such equipment, thereby facilitating the application and use of digital control technology in buildings.

There is typically a progression of positions from Secretary, to Vice Chair, to Chair—a nine-year commitment in total, with three years in each position. SSPC 135 meets four times per year, where up to 50 people interested in BACnet discuss and drive the ongoing evolution of the standard.

"In 2012, I was honored to be asked to be the Secretary of SSPC 135," Michael said. "By accepting this position, Reliable Controls Corporation and I were making a nine-year commitment to being a major part of the continued growth and success of BACnet. I completed my three-year terms as Secretary and Vice Chair and, on July 1, 2018, started my final, three-year term as Chair. I am honored to be allowed to take on this role and excited to take on this new challenge."