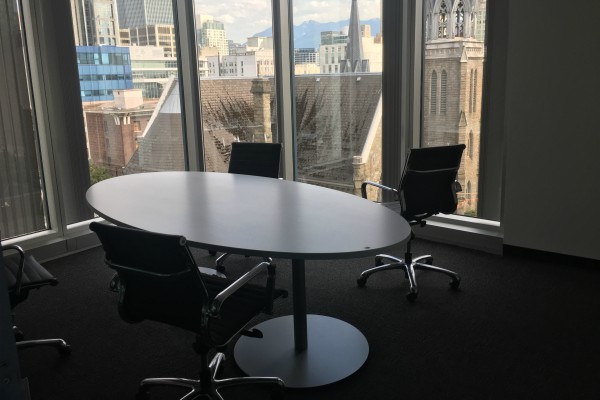 Vancouver, BC, August 24, 2018--(T-Net)--Lighthouse Labs announced this week the opening of a new education, community, and coworking space for developers in downtown Vancouver called DevHub.

Devhub will have space for over 75 developers and developer lead companies and plans to host numerous events and programs, many of which will be in conjunction with existing community groups.

This is Lighthouse Labs' 2nd co-working facility, following the opening of their original Devhub space in downtown Toronto.

The new Devhub location is being launched to further strengthen and support the growing developer community in British Columbia.

"The developer community of Canada has always been incredibly special and unique. In building Devhub, our hope is to surround our alumni and mentors with an active, engaged network of developers within Vancouver's thriving tech community," comments Jeremy Shaki, CEO of Lighthouse Labs. "At Lighthouse, we are constantly hearing about the need for more intermediate and senior level developers in all categories of industry. What's missing is a space that the developer community can utilize for collaborative learning and growth, pushing each other to greater depths of knowledge and skills. We believe we have created that with Devhub."

Developer education for the community, by the community, has always been a major component of Lighthouse Labs' specialized blend of training and support, according to the company.

"Ultimately, developers need to learn from each other. In a profession where so much is changing on a regular basis, developers need opportunities to learn from each other to keep pace and continue to grow," said Zeinab Sadeghipour, Director at Women Who Code. "While there are countless spaces that focus on developing entrepreneurs and businesses, Canada's developer community has continued to be lumped in with these groups, as opposed to having their own network. We are really excited to be partnering with Devhub to be a part of driving more conversations, learning opportunities, and collaboration amongst our peers. Spaces like Devhub are what's needed to foster and keep truly world class dev talent in Vancouver."

Following the Toronto location's lead, Devhub is expecting to bring world class programming to Vancouver through the use of subject matter experts in a wide variety of topics that go well beyond learning languages and frameworks. With its newest location, Devhub will transition from the home of Toronto's dev community to the home of Canada's dev community.

Devhub Vancouver is currently accepting tenants with dates of their official launch and launch party to be announced shortly.

Devhub was created by Lighthouse Labs to help support the growth of developers by bringing together through education, community initiatives and co-working space. Since its launch in 2016 Devhub Toronto has grown to become a network of over 4,000 developers, consistently hosting events and programming that includes weekly lunch & learns, workshops, hackathons and community meetups.

Lighthouse Labs was created in 2013 by a team of software developers with a passion for code, mentorship, and education. Our mission: to continuously find the best ways to train the next generation of developers and transform the way tech education is delivered. Five years later, we have introduced over 20,000 Canadians to the practice of coding and launched 1,000+ graduates into careers as professional developers. With the support of a brilliant team of instructors and mentors who view coding as the ultimate craft, we continue to empower students, launch careers, and contribute to the incredible growth of Canada's tech industry.