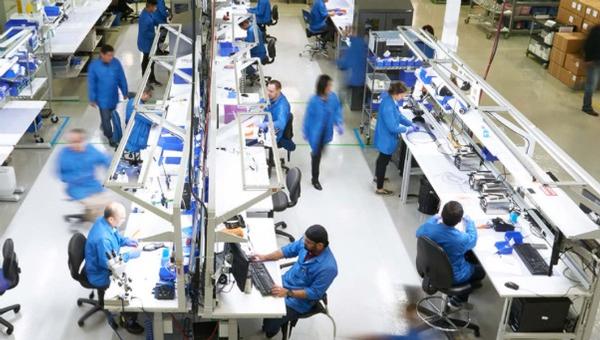 Richmond, BC, August 28, 2018--(T-Net)--Photon Control Inc.  (TSX: PHO), a leading developer and supplier of optical measurement technologies to the global semiconductor industry, has reported its financial results for the three and six months ended June 30, 2018.

"Our results reflect the fundamental strength of our products and the robust spending environment for wafer fabrication equipment during the first half of 2018," said Scott Edmonds, Chief Executive Officer.

"Revenue from new products continued to grow, as did our new product funnel. As expected, our revenue this year will be front-half weighted given the expected moderation of semiconductor capital expenditures during the third quarter. Our expected decline in revenue during the third quarter is consistent with the forecasts of our customers. With the strong results delivered year-to-date, we look forward to reporting another record year in 2018, with revenue growth outpacing that of the overall wafer fabrication equipment industry."

Total revenue for the second quarter of 2018 increased 64% from $8.9 million to a record $14.6 million, and for the first half of 2018, revenue increased 37% from $20.8 million to $28.4 million. The very large increase year-over-year reflects a second quarter 2017 slowdown while the Company relocated its manufacturing facility, as well as the Company capturing an increased share of customers' spend of fiber optic sensors combined with strong overall market conditions in 2018.

Order backlog (defined as the value of sales orders scheduled to be shipped in the next 6 months) was $19.5 million at June 30, 2018, a decrease from $24.7 million at March 31, 2018 and an increase from $18.3 million at December 31, 2017. The decrease in order backlog since March 31, 2018 reflects the record shipments in the quarter. Although not reflected in the order backlog, the Company also has a strong pipeline of new products under development which contribute to revenue during the prototype and pre-production stages.

On July 30, 2018, Photon Control announced it entered into an exclusive distribution agreement with Crowntech Photonics ("Crowntech") for the Company's fiber optic-based temperature and position sensors in China. Wafer fabrication equipment spending in China was approximately $4 billion in 2014 and is expected to grow to $11 billion by the end of 2018. The Company's existing sales to China comprised 15% of overall revenue for the first half of 2018 and this new distribution agreement positions the Company to increase its presence in the region as China embarks on its "Made in China 2025" strategy.

Earlier this year, the Company announced it had commenced a review of its existing tax structure with its third-party tax advisors to identify and take advantage of opportunities to achieve the most efficient and effective tax outcomes. In addition to identifying these opportunities, this process involved a review of historical filings and jurisdictional compliance. The review has identified a potential tax liability related to a foreign jurisdiction which could be in the range of $1.4 million to $2.0 million plus penalties, if any. The actual liability amount may be influenced by available tax elections, application of historical losses and offsetting credits and deductions from both the taxing and other jurisdictions; and thus, cannot be more accurately estimated at this time. The Company and its advisors are working diligently to conclude this matter and we will update shareholders as it progresses.

"We expect Q3 2018 revenue to be in the range of $10 million to $12 million," continued Mr. Edmonds. "Our expectation of a sequential decrease in quarterly revenue in the third quarter is the result of a slow-down in capital spending by our wafer fabrication equipment customers after a very strong first half of this year. Despite this slow-down, we continue to expect to generate year-over-year revenue growth exceeding overall industry growth. This is a result of our focus on etch, the fastest growing subsegment of the market, where adoption of fiber optic sensors is greatest as well as our efforts to add new products to our portfolio. We expect to maintain our EBITDA and net income margins for the year at levels similar to or above those reported in the prior year."

This news release should be read in conjunction with the Company's condensed interim consolidated financial statements and related notes, and management's discussion and analysis for the three and six months ended June 30, 2018, copies of which can be found at www.sedar.com.

Photon Control Inc. designs, manufactures and distributes a wide range of optical sensors and systems to measure temperature and position. These products are used by the world's largest wafer fabrication equipment manufacturers and end users in the semiconductor and solid-state industries. Photon Control Inc.'s high quality products provide industry leading accuracy, speed and quality in the most extreme conditions and are backed by a team of experts providing a variety of on-site and remote services including custom design, installation, training and support. Headquartered in an ISO 9001:2015 manufacturing facility in Vancouver, BC, Photon Control Inc. is listed on the TSX, trading under the symbol "PHO." Additional information about the company can be found at www.photon-control.com/investors.html

This news release contains "forward-looking statements" within the meaning of applicable Canadian securities legislation. These statements generally can be identified by use of forward looking words such as "may", "will", "expect", "estimate", "anticipate", "intend", "consider", "believe" or "continue" or the negative thereof or similar variations. Such forward-looking statements concern the business and anticipated financial performance of the Company and include, without limitation, the Company's expectations with respect to the overall order activity for the balance of the year, growth in the dollar value of the wafer fabrication equipment market, revenue from new products, growth in the etch market and the Company's ability to build on its financial and operational foundation in the future.
These forward-looking statements are based on certain factors and assumptions, including, without limitation: the Company's ability to successfully complete new purchase orders along the timelines expected; continued and future demand for the Company's products; continued sales to the Company's major customers; the continued financial health of the semiconductor industry; and the Company's ability to continue and further enhance revenue diversification and open new market opportunities.