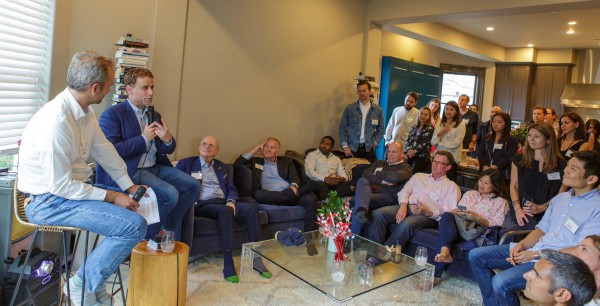 According to Boris Wertz (principle at Version One Ventures), past award recipients have included Tobi Lütke, CEO and Founder of Shopify, and Patrick Pichette, former CFO of Google.

Stewart Butterfield is Slack's CEO and co-founder. Butterfield was born in Lund, BC (and raised in Victoria, BC), and prior to Slack, was a Co-Founder of Flickr, a well known photo sharing platform that also began in Vancouver (and later sold to Yahoo).

Slack announced earlier this month that it has raised an additional $427 million of investment at a post-money valuation of more than $7.1 billion.

C100 is a non-profit, member-driven association of Canadian thought leaders in the San Francisco Bay Area committed to supporting and accelerating the innovation economy in Canada. We represent a select group of experienced entrepreneurs, executives of leading technology companies, and venture capital investors.