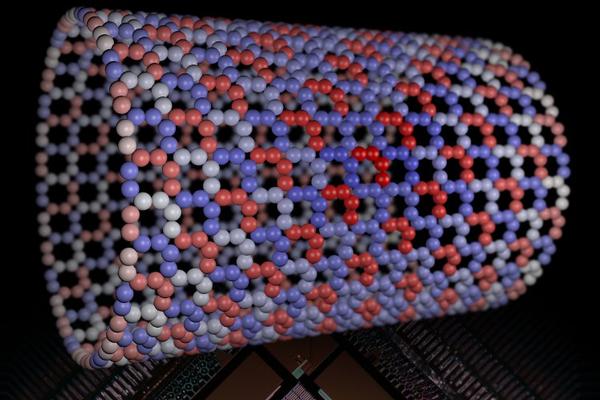 Burnaby, BC, August 31, 2018--(T-Net)--D-Wave Systems Inc., a leader in quantum computing systems and software, announced that it has published a milestone study demonstrating a topological phase transition using its 2048-qubit annealing quantum computer.

This complex quantum simulation of materials is a major step toward reducing the need for time-consuming and expensive physical research and development.

The paper, entitled "Observation of topological phenomena in a programmable lattice of 1,800 qubits", was published in the peer-reviewed journal Nature (Vol. 560, Issue 7719, August 22, 2018).

This work marks an important advancement in the field and demonstrates again that the fully programmable D-Wave quantum computer can be used as an accurate simulator of quantum systems at a large scale.

The methods used in this work could have broad implications in the development of novel materials, realizing Richard Feynman's original vision of a quantum simulator.

This new research comes on the heels of D-Wave's recent Science Magazine paper demonstrating a different type of phase transition in a quantum spin-glass simulation. The two papers together signify the flexibility and versatility of the D-Wave quantum computer in quantum simulation of materials, in addition to other tasks such as optimization and machine learning.

In the early 1970s, theoretical physicists Vadim Berezinskii, J. Michael Kosterlitz and David Thouless predicted a new state of matter characterized by nontrivial topological properties. The work was awarded the Nobel Prize in Physics in 2016. D-Wave researchers demonstrated this phenomenon by programming the D-Wave 2000Q™ system to form a two-dimensional frustrated lattice of artificial spins. The observed topological properties in the simulated system cannot exist without quantum effects and closely agree with theoretical predictions.

"This paper represents a breakthrough in the simulation of physical systems which are otherwise essentially impossible," said 2016 Nobel laureate Dr. J. Michael Kosterlitz. "The test reproduces most of the expected results, which is a remarkable achievement. This gives hope that future quantum simulators will be able to explore more complex and poorly understood systems so that one can trust the simulation results in quantitative detail as a model of a physical system. I look forward to seeing future applications of this simulation method."

"The work described in the Nature paper represents a landmark in the field of quantum computation: for the first time, a theoretically predicted state of matter was realized in quantum simulation before being demonstrated in a real magnetic material," said Dr. Mohammad Amin, chief scientist at D-Wave. "This is a significant step toward reaching the goal of quantum simulation, enabling the study of material properties before making them in the lab, a process that today can be very costly and time consuming."

"Successfully demonstrating physics of Nobel Prize-winning importance on a D-Wave quantum computer is a significant achievement in and of itself. But in combination with D-Wave's recent quantum simulation work published in Science, this new research demonstrates the flexibility and programmability of our system to tackle recognized, difficult problems in a variety of areas," said Vern Brownell, D-Wave CEO.

"D-Wave's quantum simulation of the Kosterlitz-Thouless transition is an exciting and impactful result. It not only contributes to our understanding of important problems in quantum magnetism, but also demonstrates solving a computationally hard problem with a novel and efficient mapping of the spin system, requiring only a limited number of qubits and opening new possibilities for solving a broader range of applications," said Dr. John Sarrao, principal associate director for science, technology, and engineering at Los Alamos National Laboratory.

"The ability to demonstrate two very different quantum simulations, as we reported in Scienceand Nature, using the same quantum processor, illustrates the programmability and flexibility of D-Wave's quantum computer," said Dr. Andrew King, principal investigator for this work at D-Wave. "This programmability and flexibility were two key ingredients in Richard Feynman's original vision of a quantum simulator and open up the possibility of predicting the behavior of more complex engineered quantum systems in the future."

The achievements presented in Nature and Science join D-Wave's continued work with world-class customers and partners on real-world prototype applications ("proto-apps") across a variety of fields. The 70+ proto-apps developed by customers span optimization, machine learning, quantum material science, cybersecurity, and more. Many of the proto-apps' results show that D-Wave systems are approaching, and sometimes surpassing, conventional computing in terms of performance or solution quality on real problems, at pre-commercial scale. As the power of D-Wave systems and software expands, these proto-apps point to the potential for scaled customer application advantage on quantum computers.

The paper published today is available here in Nature. Read the synopsis here.