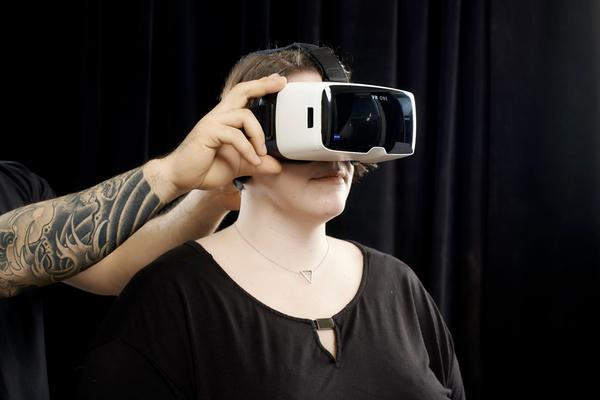 "Much focus is on technology and devices," said Elynn Lorimer, CEO of Spatial. "We are choosing to focus on the human side - how these emerging technologies will be used in the real world, how they will impact behaviour, learning and social connectedness."

Spatial's Human Impact Research Lab, located in Vancouver, BC, will support one of the fastest growing VR/AR hubs in the world, working with app developers to bring human insights and ethical considerations into the design of their products.

To better understand the unique challenges of researching and testing immersive experiences, Spatial has been working for over a year in partnership with UBC's Brain Attention and Reality Lab (BAR Lab), led by Alan Kingstone, Professor of Psychology. The partnership brings post doctorates and undergraduate interns together with Spatial's team of researchers to solve problems, build knowledge and develop ethical research capabilities.

Spatial's lab is located in the city centre, and is equipped to conduct research and testing on a variety of devices including Oculus, Microsoft HoloLens, and other head mounted displays. Spatial also has access to the UBC BAR Lab's facilities, which include a range of other devices, tools and capabilities.

About Spatial Research and Design Inc.

Spatial's client base includes major global tech players (Microsoft, Facebook, Oculus, Samsung) as well as large organizations including clients from public sector (BC Hydro, BC Liquor, BC Lotteries, BC Government, City of Vancouver) and private sector (Glassdoor, SFU Beedie School of Business, Vancouver Airport Authority, and many others).

Spatial is a leader in the digital design community, an active member of the VR/AR Association and founding organizer for a major research event, the Radical Research Summit (radicalresearchsummit.com). This one-day event, on Friday, September 28th, 2018, brings together research practitioners from across Canada and the Cascade corridor to share best practices in product design research.