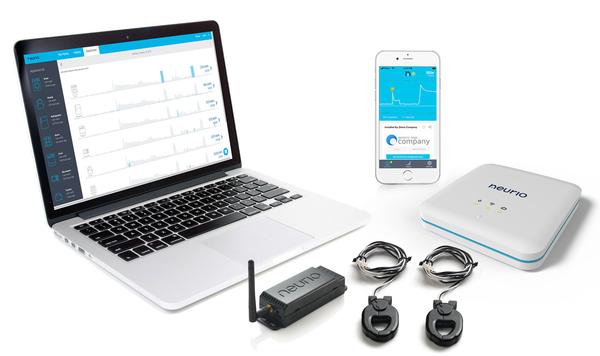 Vancouver, BC, September 24, 2018--(T-Net)--Neurio, a leading residential energy management company, today announced the appointment of a new board of directors.

David Sutcliffe has been named chairman of the board. These new board appointments come on the heels of a highly successful year for Neurio which saw the company grow its global install base to more than 150,000 systems and release several new product offerings.

"We are excited to elect a new board of directors to help achieve our growth ambitions. All of these individuals are recognized business leaders, with a track record for growing successful technology companies on a global scale, and bring a broad set of skills to Neurio. We are fortunate to add such high caliber people to help us achieve our potential as the market leader in residential energy data technologies," said Keith Marett, Neurio's interim CEO. "I also want to recognize Neurio's retiring board members for the tremendous contribution they have made over the years to the company's growth."

"Neurio's ground-breaking hardware and analytics are helping companies compete in the new distributed energy economy," said Dave Sutcliffe. "With significant growth opportunities ahead for Neurio, I am looking forward to working with my fellow board members, the management team, and employees to improve the way energy is used and managed in a home, and to help guide the company to its next stage of growth."

Norm has had an extensive entrepreneurial career in technology. He co-founded BSG, which created ACCPAC and Simply Accounting (now Sage Accounting), two of the world's premier accounting software packages in the early PC era. Following the sale of the company to Computer Associates (now CA Technologies), Norm served as a Vice President for four years during a period in which CA grew to be one of the largest software companies internationally.

Later he was co-founder, Chairman and CEO of Pivotal Corporation, which became a leader in Customer Relationship Management software. While he was CEO, Deloitte named Pivotal the fastest growing company in Canada. In 2016 Norm was inducted into the Business Laureates of British Columbia Hall of Fame. He currently serves on the board of directors of Traction Guest Inc. and previously served on the board of several private and public companies, and the BC Premier's Technology Council.

Judi has spent more than 35 years in the tech community in British Columbia, and is currently the CEO of Copperleaf, a decision analytics software company based in Vancouver BC. Under Judi's leadership, Copperleaf's revenues have grown by 2940% over the past eight years and the company has become one of the biggest software companies in BC and one of the fastest-growing software companies in Canada. Prior to Copperleaf, Judi was the President of Creo Inc. In 2005, with revenues in excess of $630 Million, Creo was acquired by Eastman Kodak for just under $1 Billion USD. In 2018, Judi was recognized as the BC Tech Person of the Year. Judi currently sits on the board of directors of Pason Systems Inc. (TSX: PSI), and Copperleaf. She has also served on the boards of Bycast and Acetech, and was a member of the BC Premier's Technology Council.

Greg's unconventional leadership style and industry-recognized expertise in cloud computing and data have earned him numerous influential speaking engagements and accolades. In 2007, after nearly a decade of work in marketing and enterprise sales roles, Greg founded Traction on Demand to help a small number of clients unite their sales and marketing teams. Since its founding, Traction has become North America's largest dedicated Salesforce consulting and application development firm, as well as a Deloitte Best Managed company and one of the fastest growing technology companies on the continent. Greg currently sits on the advisory board of SFU's Beedie School of Business' Institute of Entrepreneurship, is a board member of the BC Tech Association, and is a member of the Young Presidents' Organizations (YPO).

Keith has more than 20 years of experience growing companies on a global scale. As Interim CEO of Neurio, Keith overseas the growth and development of the team. During his four years at Neurio, the company has grown from the pre-revenue stage to just over 150,000 systems deployed globally. Within that time, the company has been recognized numerous times for its achievements, including being ranked the 32nd fastest growing company in Canada and the 5th fastest growing in BC in 2016 as part of the Deloitte Fast50.

Prior to Neurio, Keith lead the market and product strategy for Avigilon, a leader in security products, and helped lead the revenue growth by 5.5x from $32M to $178M and the market cap from $90M to $1.32B in just under three years. While at Avigilon, Keith helped lead the successful IPO efforts in 2011, as well as the market expansion into 95+ countries. Prior to Avigilon, he held senior positions at Bell Canada.

David has spent his career building and leading technology-intensive businesses. During his tenure as President and CEO of Sierra Wireless, he grew the company's annual revenue to well over $100M USD through organic growth and foreign acquisitions. He also led the company's successful IPO on the Toronto Stock Exchange and its follow-on financing and public listing on the Nasdaq.