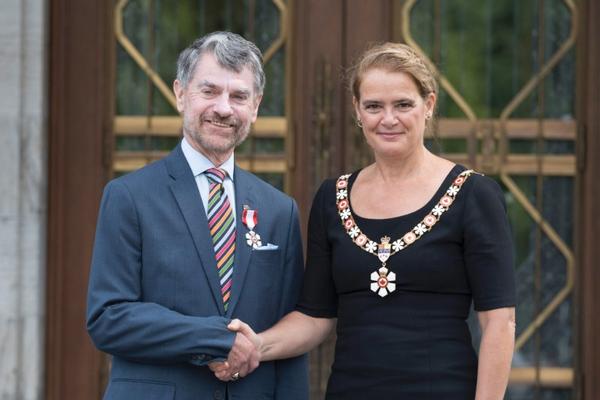 Vancouver, BC, September 7, 2018--(T-Net)--The Science Fair Foundation of BC announced today that one of its Directors, Bryan Tisdall, was awarded the Order of Canada in Ottawa on Thursday September 6th, 2018.

The award was presented to him by Her Excellency the Right Honourable Julie Payette, Governor General of Canada for his contributions to improving youth science literacy and for his dedication to fostering a love of science among the residents of British Columbia.

Tisdall came to Vancouver and spent nearly two decades as CEO of Science World, from 1997 to 2016. In his time at Science World he was pivotal in building the organization to become the renowned, not-for-profit, leading symbol of the science community it is today.

Part of Tisdall's success in the Science Community of BC, he attributes to learning to think like a scientist. "It's being analytical. It's being questioning. It's being open," he said. "It's appreciating you may never have all the answers."

In regards to receiving the Order of Canada, he says "It has reinforced with me a responsibility. I look at it as what's ahead. What can I do now?"