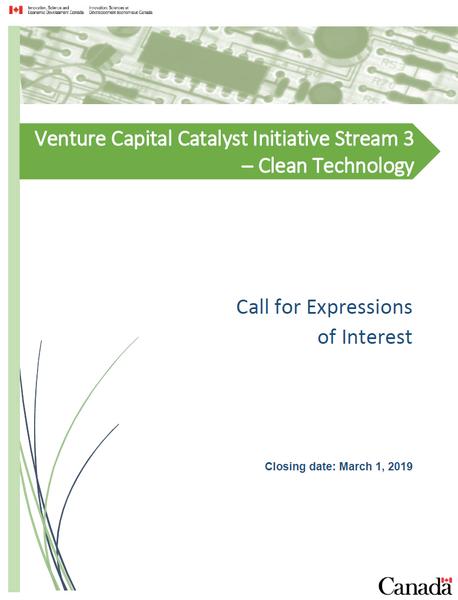 The Government of Canada's investments are matched by the private sector and will contribute up to $1.5 billion to Canada's economy and support up to 30,000 jobs in emerging sectors, according to the Government.

This investment, administered through BDC, responds to the advice of the Clean Technology Economic Strategy Table and complements the Pan-Canadian Framework on Clean Growth and Climate Change as well Canada's Innovation and Skills Plan.

"BDC is committed to helping build globally competitive clean tech firms at all stages of development, and BDC Capital, our investment arm, is a long-time investor in this space. Through our Industrial, Clean and Energy (ICE) Technology Venture Fund and our Cleantech Practice, we help innovative clean tech firms meet the capital-intensive needs of scaling and achieving timely growth to succeed on the global stage. We look forward to having more and better-capitalized co-investors in this space via the VCCI Stream 3 investments" stated Michael Denham, President and CEO, BDC.