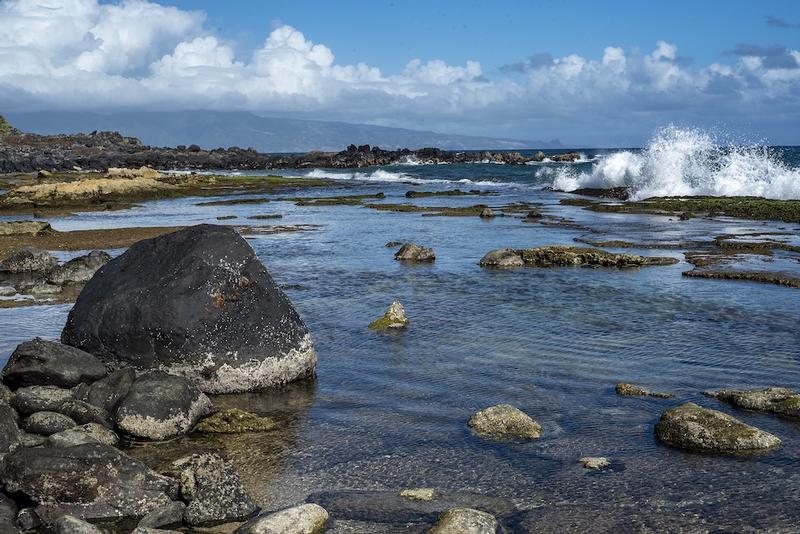 A photo of basalt ("black lava") - 90 per cent of the Earth's basalt occurs on the ocean floor. Stock image

Victoria, BC, October 11, 2019--(T-Net)--A team of international researchers plan to turn the greenhouse gas carbon dioxide into rock by permanently injecting it beneath the Earth's ocean floor through an ambitious, new research partnership announced today by the Pacific Institute for Climate Solutions (PICS) at the University of Victoria.

The $1.5 million, four-year PICS Theme Partnership entitled "Solid Carbon: A Climate Mitigation Partnership Advancing Stable Negative Emissions" brings together researchers from Canada, the United States and Europe. The team aims to combine state-of-the-art technologies in a way that has never been conceived until now, to deliver safe and reliable carbon dioxide (CO2) removal.

"Solid Carbon is a highly ambitious project with many barriers to overcome but if this team can advance the technology to a commercially viable stage by mid-century, it could be a major tool to combat climate change," she says. "Drastic reductions in greenhouse gas emissions are not enough—we need large-scale, permanent removal of excess carbon from the atmosphere."

The vision is to extract CO2 from the atmosphere using a direct air capture technology (developed by Carbon Engineering). Then, using deep ocean technology powered by ocean-based wind and solar energy, inject the CO2 into the subseafloor basalt, where it will mineralize and remain permanently as rock.

Globally, more than 90 per cent of basalt resides in the ocean where it is widely distributed, making the technology ideal for world-wide use. One of the project's initial focus areas is modelling and laboratory experiments to demonstrate sequestration of CO2 into ocean basalts that lie beneath ONC's Cascadia Basin site off the west coast of BC.

Curran Crawford, a professor with UVic's Institute for Integrated Energy Systems, will lead the investigation into what ocean technology design works best for capturing and then injecting the CO2 into ocean basalt. Prototypes will then be built for further evaluation.

"One key design challenge will be adapting direct air-capture technology that has only been used on land to perform reliably on a floating offshore ocean platform that is powered by renewable energy," he explains. "Another challenge is that the basalt reservoirs we want to reach are 2,700 metres deep, so our team is engaging with offshore oil and gas drilling experts who have successfully built systems in the deep-sea environment."

A third component of the project will examine the social, regulatory, and investor acceptance for this project, including gaps in current law. Romany Webb, associate research scholar at Columbia Law School, says existing ocean regulations had not anticipated CO2 sequestration, hence the need for evaluation and future adjustments.

"We need to better understand the laws affecting offshore carbon capture and storage to ensure future projects are conducted in a manner that not only helps to mitigate climate change, but is also safe and environmentally responsible."

Seitzinger says Solid Carbon has the potential to establish BC as the international technology hub for this climate mitigation solution, and build expertise within Canada as top graduate students are drawn into the project.

The four-year project begins Oct. 1, 2019, with the ultimate goal of designing and delivering a globally applicable ocean-based negative emissions technology by 2050.

Geoff Holmes, director of business development at Carbon Engineering said: "Direct air capture, and the broader concept of carbon dioxide removal, is gaining business and policy attention as we all tackle the climate challenge. This work will look at yet another way to deploy these technologies and ideally open up more opportunities to tackle emissions while maintaining affordable energy and competitiveness."

Meghan Paulson, principal drilling engineer at K&M Technology Group. "I am keen to contribute to this project because the technologies and approaches developed over decades within the oil and gas sector are important to making this solution succeed."

About The Pacific Institute for Climate Solutions

The Pacific Institute for Climate Solutions develops impactful, evidence-based climate change solutions through collaborative partnerships which connect solution seekers with experts from BC's four leading research universities. The PICS Theme Partnership Program supports research on particularly complex—and critically important—climate mitigation and adaptation challenges, and in the process develops legacy partnerships for BC and beyond. PICS is hosted and led by the University of Victoria in collaboration with the University of British Columbia, Simon Fraser University and the University of Northern British Columbia.

Ocean Networks Canada, an initiative of the University of Victoria, monitors the west and east coasts of Canada and the Arctic to continuously deliver data in real-time for scientific research that helps communities, governments and industry make informed decisions about our future. Using cabled observatories, remote control systems and interactive sensors, and big data management, ONC enables evidence-based decision-making on ocean management, marine safety and environmental protection. ONC also works in collaboration with educators, students, communities and Indigenous peoples on ocean monitoring initiatives along BC's coast and in the Arctic.