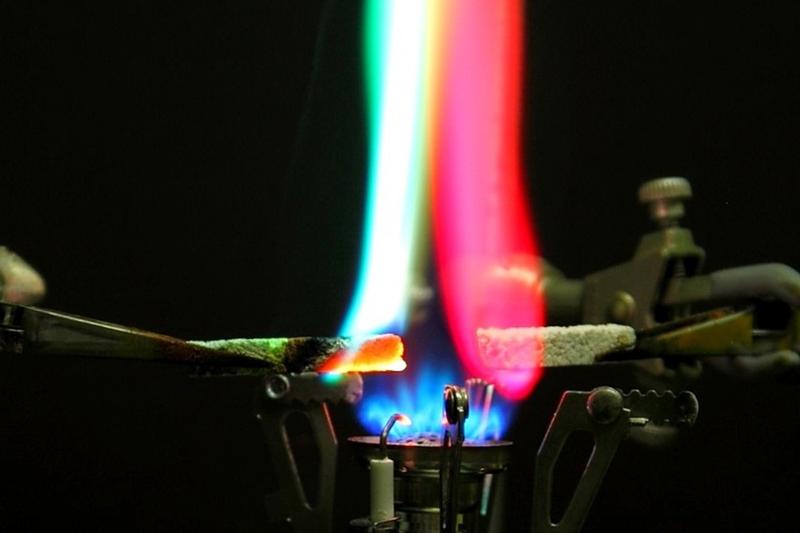 Burnaby, BC, October 18, 2019--(T-Net)--Remember chem lab? The popular 'flame' demonstration that educators use to show a variety of chemical phenomena has been improved, thanks to a trio of Simon Fraser University chemists.

While alternative approaches have been developed over the years to address some of the demo's safety concerns, John Canal, Dev Sharma and Hamel Tailor have devised a method they say mitigates all concern over solvent use and restores convenience and brilliance without compromising safety. The chemists' findings were recently published in The Journal of Chemical Education.

The demonstration, also known as the rainbow demonstration or the rainbow flame test, has been a standard teaching tool at universities and high schools for decades. The traditional demonstration involves placing up to six open-flamed burners side by side on the laboratory bench. The instructor then adds different chemicals, by hand, to each flame. Depending on the salt added, the colour of the flame changes to fuchsia, lilac, red, yellow or blue/green.

Canal, who has been examining and redeveloping teaching tools for years, agrees to its benefit as a teaching tool.

"We surveyed two classes of third-year, non-science university students and found that after they viewed the demo, well over 60 per cent had a greater understanding of energy transfer. They also had improved scores on standardized, short-answer exam questions."

The chemists found they could improve the demo's safety by using strips of insulating firebrick pre-soaked in salt solutions (instead of adding chemicals by hand), and by using a portable burner such as a butane/propane camping stove as the flame source.

"The most significant hazard of this demonstration was eliminated by removing flammable solvents that can be spilled or splashed in the demonstration area," says Sharma.

The scientists say their method would have prevented an injury of the kind that recently resulted in a $60-million injury settlement in the U.S.

Tailor says he's pleased they were also able to make the demonstration safer and practical.

Adds Canal: "This is definitely the 'wow' part of our outreach activities and kids are always thrilled to learn about the reaction between flame colour and different chemicals. I'm glad we were able to make it safer without sacrificing its effectiveness." 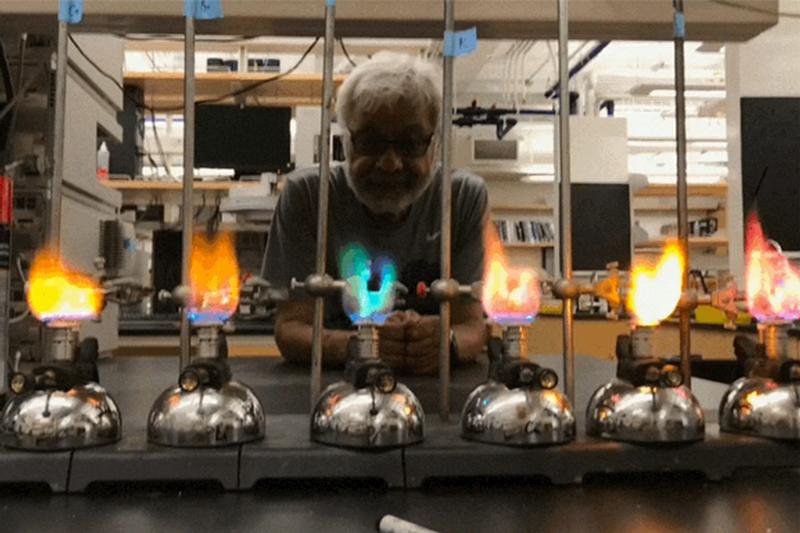