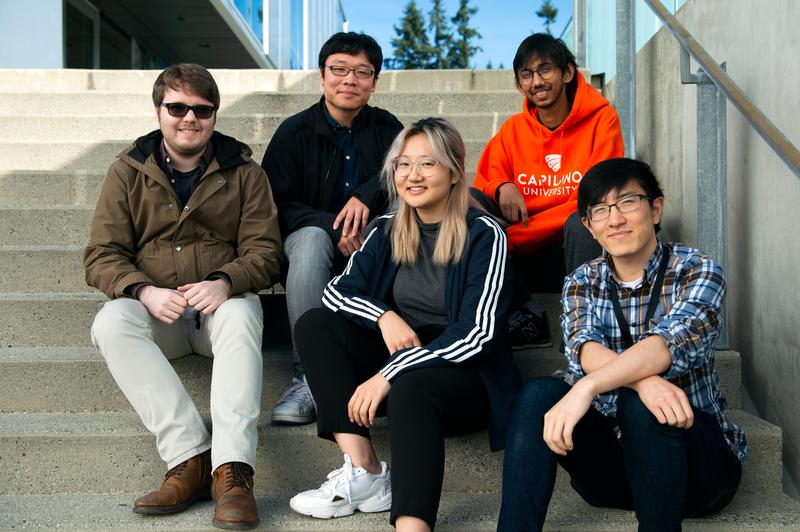 Twelve teams of animation students got rewarded for pulling an all-nighter.

CapU entry Crow Bros made entirely of first-year students came in sixth place, and entry Facebook Peanut Butter Counter-Strike: Source came in at second place and earned a prize valued at over US$15,000.

"We are very proud of the films and the efforts by students," says Glenn Sylvester, CapU 2D/3D animation instructor and coordinator.

"This is a particularly outstanding accomplishment for our team of first-year students," adds Don Perro, 2D animation instructor and coordinator, as most teams hail from four-year degree programs.

"Everyone loves the experience," says Perro. "It's not easy, but students like the power-learning and the idea that you can make a half-decent film in 24 hours. It helps them experience the importance of diplomacy, and successfully dealing with stressful work situations."

Each team strategizes how to produce their film. Some teams schedule naptimes while others work all night.

"The hardest part was staying focused throughout the night with little to no sleep," says Pranav Athi, team leader of CapU's second place team Facebook Peanut Butter Counter-Strike. His team carried out two mini rehearsals to train for the event.

"Animation recruiters tell me that CapU grads are not only skilled and work-ready, they are also nice, considerate and enthusiastic people. Focusing on these traits while competing in the 24 HOUR animation contest helps us nurture that attitude," says Perro.