Vancouver, BC, October 30, 2019--(T-Net)--Harbour Air has announced the completion of significant project milestones in the conversion of the world's first seaplane to ePlane.

The company said in a release that its maintenance team along with partners at magniX have created dedicated space in their aircraft hangar and have been working to make this a success since announcing their partnership this past spring. 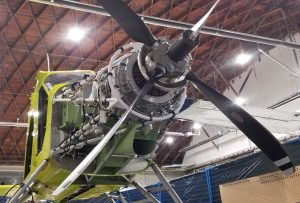 With the delivery and successful installation of the magniX motor, the company says it is working hard to connect the internal systems in preparation for its first flight.

With substantial work being completed each day and a number of integral components being delivered over the next few weeks, the company says it is in the midst of some of the most exciting and critical development work, and is on track for the first test flight to take place before the end of the year.

By mid-November, the company says it expects to have a concrete time-frame to test the first fully electric flight.

Read more about our ePlane project in the media: