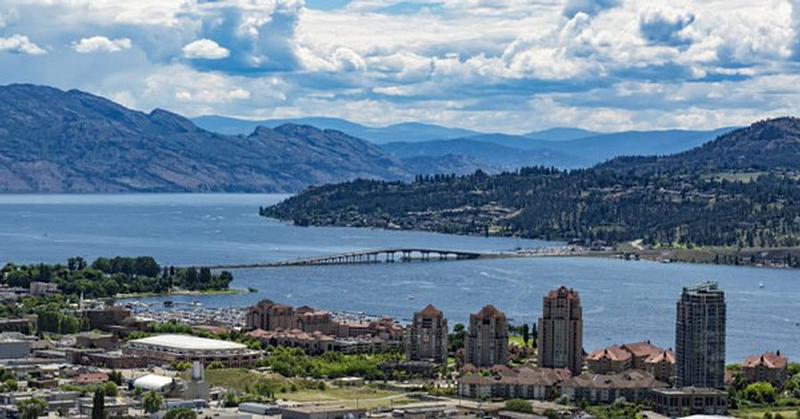 Burnaby, BC, November 15, 2019--(T-Net)--Rogers Communications announced it is making significant investments in its wireless network to enhance connectivity in Kelowna, West Kelowna and Westbank First Nation, providing new coverage and a more reliable and consistent experience for Rogers and Fido customers.

The $16.5M network investment includes the construction of new towers and major upgrades to existing cell sites, to be completed by early 2020.

The investment also includes premium 600 MHz spectrum Rogers purchased in the federal government's spectrum auction earlier this year. The spectrum is critical to the deployment of 5G which will enable future-ready technology for Okanagan residents and businesses in the near future.

"Our customers want high-quality wireless services wherever they are, from the Winter Street Market in downtown Kelowna, to skating with their family on Shannon Lake, or launching a new tech start-up," said Rick Sellers, President of the B.C. Region, Rogers Communications. "These investments not only connect customers across Kelowna, West Kelowna and Westbank First Nation to the moments that matter most, they also prepare our network for tomorrow."

"Enhanced wireless coverage means that people in Kelowna will have more opportunities to be connected to friends, family, business and their community," said Bruce Ralston, Minister of Jobs, Trade and Technology, Government of British Columbia. "The network improvements also mean more jobs in the region that will result in economic growth and prosperity for British Columbians."

"Wireless communication has impacted our lives in so many ways and strong wireless connectivity is important when it comes to attracting new residents, new businesses and entrepreneurs," said Colin Basran, Kelowna Mayor.

Today's announcement builds on previous Rogers network enhancements across the Okanagan, and a recently announced B.C. customer solution centre coming to the Landmark District of Kelowna in the summer of 2020. The new centre will add 350 high-quality jobs in the region, which will grow to 500 over time. Rogers also proudly hosted Rogers Hometown Hockey events in West Kelowna earlier this year.

In addition to network enhancements, Rogers and Fido say they are are supporting the community through investments in the local library and as presenting sponsor of the Kelowna Winter Market. A $25,000 Ted Rogers Community Grant to the Okanagan Regional Library will help support the creation of a larger, dedicated Teen Zone that will be designed and equipped to suit the needs of teens in the community. The annual Downtown Kelowna Winter Street Market & Tree Lighting will take place in Stuart Park on December 1st. This free community event welcomes the holiday season with live entertainment, festive treats, delicious street food, and skating.

Rogers is a proud Canadian company dedicated to making more possible for Canadians each and every day. Our founder, Ted Rogers, purchased his first radio station, CHFI, in 1960. We have grown to become a leading technology and media company that strives to provide the very best in wireless, residential, and media to Canadians and Canadian businesses. Our shares are publicly traded on the Toronto Stock Exchange (TSX: RCI.A and RCI.B) and on the New York Stock Exchange (NYSE: RCI). If you want to find out more about us, visit about.rogers.com.