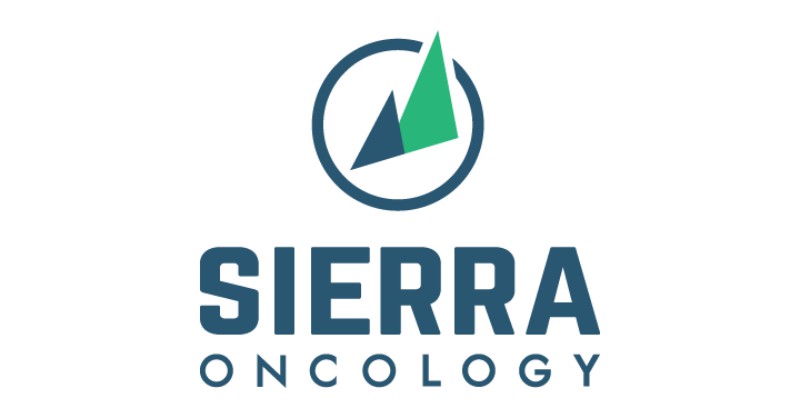 Vancouver, BC, November 26, 2019--(T-Net)--Sierra Oncology, Inc. (Nasdaq: SRRA), a late-stage drug development company focused on the development and commercialization of momelotinib, a JAK1, JAK2 & ACVR1 inhibitor with a potentially differentiated therapeutic profile for the treatment of myelofibrosis, today announced that it has closed its previously announced underwritten public offering, with gross proceeds of $103 million.

Sierra Oncology has also appointed Dr. Gaurav Aggarwal, Dr. Josh Richardson, Dr. Mona Ashiya and Dr. Andrew Sinclair to the Board of Directors, each of whom are affiliated with investors in the offering. In addition, Mr. Donald Parfet, Dr. Daniel Estes, Dr. Nicole Onetto and Mr. Tran Nguyen have resigned from the Board of Directors. The foregoing appointments and resignations were effective as of November 22, 2019.

"It is a pleasure to welcome these outstanding individuals to our Board of Directors. Their support and guidance will be invaluable as we focus on executing the recently launched MOMENTUM Phase 3 trial of momelotinib and prepare the groundwork for our potential transition to a commercial entity," said Mr. Robert Pelzer. "We would also like to sincerely thank our outgoing members for their service and dedication to the company. In particular, we are extremely grateful to Don Parfet, who has served as Chairman of our Board of Directors since the company's inception in 2003, for his thoughtful leadership and unwavering dedication to Sierra Oncology."

Gaurav Aggarwal, M.D., has served as a Managing Director of Vivo Capital LLC, a healthcare focused investment firm, since October 2016, where he focuses on investments in life sciences companies. Dr. Aggarwal previously served as the Chief Business Officer of Ocera Therapeutics, as Managing Director of Investor Growth Capital, and as a General Partner at Panorama Capital, L.P., a venture capital fund. Earlier in his career, Dr. Aggarwal was an associate with JPMorgan Partners, LLC, a private equity division of JPMorgan Chase & Co. Dr. Aggarwal previously served on the Boards of Directors of Hyperion Therapeutics, Inc. (acquired by Horizon Pharma plc) and Microlin Bio, Inc. and on several privately held biopharmaceutical companies. Dr. Aggarwal received his M.D. from Columbia University, College of Physicians & Surgeons, and his B.S. in Agricultural Economics from Cornell University.

Josh Richardson, M.D., has served as Managing Director of Longitude Capital since February 2016 where he focuses on investments in biotechnology companies. From September 2014 to February 2016, Dr. Richardson served as a Public Equities Analyst at HealthCor Management where he managed small and mid-cap biotechnology investments. Dr. Richardson received his B.S. in Biomedical Science from the University of South Florida, and his M.D. from the University of Virginia.

Mona Ashiya, Ph.D, is currently a Partner at OrbiMed Advisors, LLC, a healthcare focused investment firm. She has been at OrbiMed since 2010 where she has been involved with a number of investments in public and private biotech companies. Dr. Ashiya received her B.A. from the University of California, Berkeley and her Ph.D. in Cellular, Molecular and Developmental Biology from the University of Pittsburgh.

Andrew Sinclair, Ph.D., has served in various positions since November 2008 at Abingworth LLP, a life sciences investment group, where he currently serves as a Partner and Portfolio Manager. Dr. Sinclair currently serves on the Boards of Directors of Soleno Therapeutics, Inc. and Verona Pharma plc. Dr. Sinclair is a member of the Institute of Chartered Accountants in England and Wales. Dr. Sinclair received his B.Sc. in Microbiology from King's College London and his Ph.D. in Chemistry and Genetic Engineering at the BBSRC Institute of Plant Science, Norwich.

The public offering of Series A convertible preferred stock, together with Series A warrants and Series B warrants, each to purchase shares of common stock, provided Sierra Oncology with net proceeds of approximately $98.0 million, after deducting underwriting discounts and commissions and offering expenses.

Sierra Oncology is a late stage drug development company focused on advancing targeted therapeutics for the treatment of patients with significant unmet medical needs in hematology and oncology.

Momelotinib, Sierra's lead drug candidate, is a potent, selective and orally-bioavailable JAK1, JAK2 & ACVR1 inhibitor with a differentiated therapeutic profile in myelofibrosis encompassing robust constitutional symptom improvements, a range of meaningful anemia benefits, including eliminating or reducing the need for frequent blood transfusions, and comparable spleen control to ruxolitinib. More than 1,200 subjects have received momelotinib since clinical studies began in 2009, including more than 800 patients treated for myelofibrosis. Sierra recently launched the MOMENTUM Phase 3 clinical trial, a randomized double-blind trial designed to enroll 180 myelofibrosis patients who are symptomatic and anemic, and who have been treated previously with a JAK inhibitor.

The U.S. Food and Drug Administration has granted Fast Track designation to momelotinib for the treatment of patients with intermediate/high-risk myelofibrosis who have previously received a JAK inhibitor. Momelotinib is wholly owned by Sierra Oncology and is protected by patents anticipated to provide potential exclusivity to 2040 in the United States and Europe (including Patent Term Extension or Supplementary Protection Certificate).

Sierra is also developing a portfolio of DNA Damage Response (DDR) assets, consisting of SRA737 and SRA141, and is conducting a campaign intended to seek non-dilutive strategic options to support their further advancement. SRA737 is a potent, highly selective, orally bioavailable small molecule inhibitor of Checkpoint kinase 1 (Chk1), a key regulator of cell cycle progression and the DDR network, and has demonstrated preliminary clinical efficacy. SRA141 is a potent, selective, orally bioavailable small molecule inhibitor of Cell division cycle 7 kinase (Cdc7) with a potential novel mechanism of cytotoxicity, and has successfully completed the IND process with the FDA enabling the commencement of clinical trials. Sierra retains the global commercialization rights to SRA737 and SRA141.

This press release contains forward-looking statements within the meaning of the "safe harbor" provisions of the Private Securities Litigation Reform Act of 1995, including, but not limited to, statements regarding the issuance of shares and warrants to Gilead, the anticipated timing and effectiveness of the Company's reverse stock split, Sierra Oncology's expectations from current data, anticipated clinical development and commercialization activities, the expected timing of, and results of MOMENTUM, potential benefits of Sierra Oncology's lead product candidate and other product candidates and sufficiency of its capital resources. All statements other than statements of historical fact are statements that could be deemed forward-looking statements. These statements are based on management's current expectations and beliefs and are subject to a number of risks, uncertainties and assumptions that could cause actual results to differ materially from those described in the forward-looking statements.