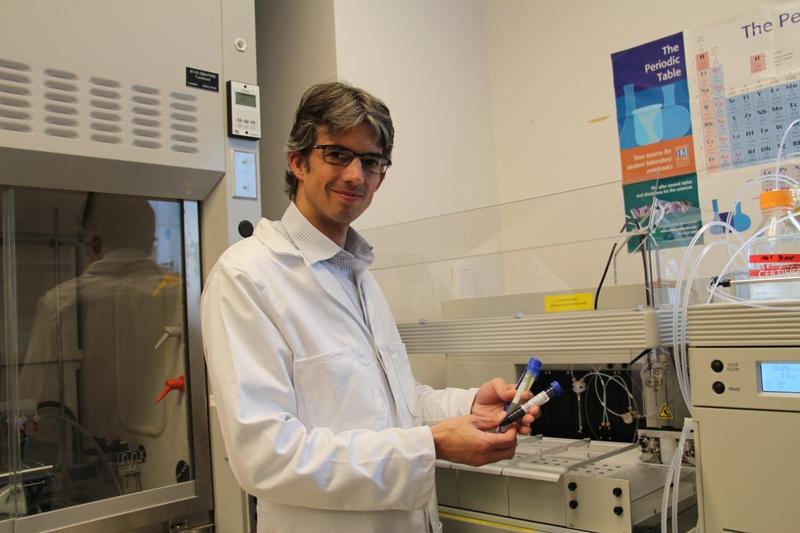 SFU associate professor Roger Linington and a team of international collaborators have created the Natural Products Atlas, which holds information on nearly 25,000 natural compounds for the global scientific community.

Burnaby, BC, December 12, 2019--(T-Net)--Surprisingly, despite our extensive knowledge of the chemical compounds found in nature, there has never been a comprehensive, open-source database for researchers to store information on the chemistry produced by bacteria and fungi. Until now.

Simon Fraser University associate professor Roger Linington and a team of international collaborators have created the Natural Products Atlas, which holds information on nearly 25,000 natural compounds and serves as a knowledge base and repository for the global scientific community.

Linington came up with the idea in 2017. He wanted to establish a global research hub for those studying naturally occurring chemicals, which are also known as secondary metabolites.

Since micro-organisms use these natural chemicals for communication, growth and defense, they have important applications in both the agricultural and research sectors.

"We needed to create a place where researchers could link together existing information about these natural chemicals in a logical, usable way," says Linington. "Existing commercial databases were not designed for researchers to collaborate and share their discoveries with each other, or to work on large-scale projects and broad-scale annotation."

He says this lack of comprehensive data has delayed research and prevented scientists from implementing new technologies in natural products science.

He and his SFU colleagues, along with research groups around the world, used the power of big data to mine text, recruit qualified curators, and review historical scientific literature going back to the early 20th century. The team compiled and indexed a significant amount of both new and old research data.

The site also features a suite of interactive visualization tools for exploring the chemical diversity of natural microbial products, and is fully searchable and downloadable, permitting researchers to query and filter the data from a wide array of different perspectives.

"This resource provides opportunities for developing new tools and discovery platforms across a range of areas, from genomics and biosynthesis, to synthetic organic chemistry and natural products," he says.

"Having all the available data in one place and in a standardized format means we can now index natural compounds for anyone to freely access and learn more about."

Linington and his team of collaborators recently published an article in journal ACS Central Science to expand the scientific community's awareness of the new database and to explain how the resource came to life.