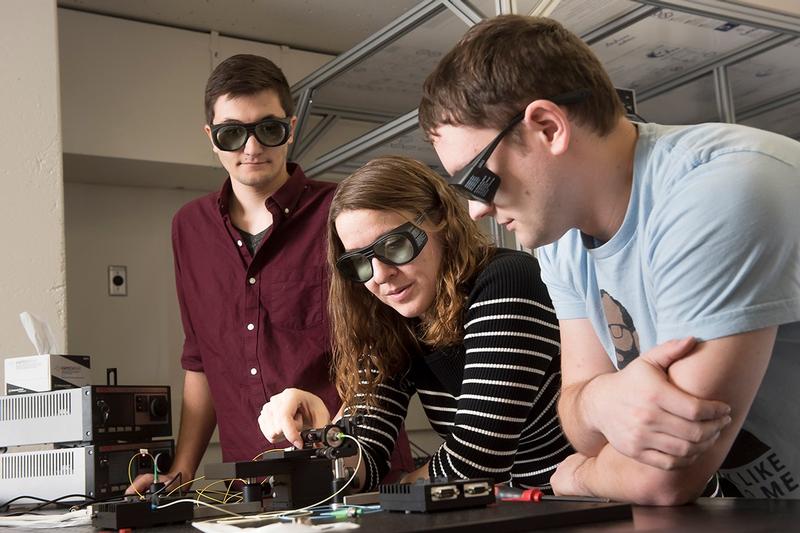 Burnaby, BC, December 28, 2019--(T-Net)--The provincial government has announced it will invest $17 million over the next five years to establish a new Quantum Algorithms Institute hosted at Simon Fraser University's Surrey campus, serving as the core of the city's new innovation corridor.

It is a major advancement for a university already recognized as a global leader in quantum computing—one of the most exciting frontiers in technology.

If quantum computing is still in its infancy, popular understanding of the field is barely at the embryo stage. But that does not stop quantum properties like superposition—the ability of a quantum system to be in more than one state at once—and entanglement—an extremely close relationship between quantum particles—from allowing quantum computers to process a staggering amount of data.

SFU physicist Stephanie Simons, a professor and Canada Research Chair in Quantum Nanoelectronics, heads the university's Silicon Quantum Technology Group. She explains that algorithms are one of the keys to bringing quantum computing into the mainstream.

Q: The new Quantum Algorithms Institute will see SFU collaborate with research universities across B.C. to devise quantum computing software. What makes algorithms such an important aspect of quantum computing?

Algorithms are the basis of software: they are how computers execute a task and solve a problem. And quantum computing requires very specific kinds of algorithms, taking on very particular kinds of problems. The problems that are naturally suited to quantum computing are the ones that need a lot of computational space, but have very succinct answers. A needle-in-a-haystack kind of problem, for instance.

You can do some pen-and-paper work to show that certain quantum algorithms will be exponentially more efficient at accomplishing some tasks than even the best "classical computer." And by classical computer, I mean all current and future computers that rely on classical physics, including even the most powerful modern supercomputers.

Q: How do algorithms fit into the bigger picture of quantum computing at SFU?

There is so much work going on here, starting with hardware. In 2013, SFU set the world's record for the longest-lived quantum bit, or qubit, which is the basic building block underpinning all the quantum hardware that people are trying to develop. That work was led by Emeritus Professor Mike Thewalt. Collaborating with him on that project played a big part in attracting me to SFU. SFU has global prominence in the field of silicon-based qubits, which is the hardware platform that Mike and I are running with—and which are arguably the best qubits in the industry. SFU also has an ion trap quantum computing lab and a cold-atoms quantum computing lab.

There is a sector of people working with existing quantum hardware, too. Various SFU professors have collaborated with Burnaby-based D-Wave Systems, which has an adjunct professor in the Physics Department, Mohammad Amin. They are the first company to create a kind of commercial quantum computer. Other professors collaborate with algorithm-focused 1QBit, another quantum startup in Vancouver. And there are others on the application side, thinking about cryptography and about adapting the quantum algorithms we know now to areas like health care and finance.

And more fundamentally SFU has lots of history in the field of "quantum foundations," improving our understanding of various interpretations of quantum mechanics (this is related to all that stuff about the so-called "multiverse"). It is exciting to be part of this space right now, because there is a lot of cross-pollination.

Q: How does this translate into real-world benefits today?

In analogy to classical computers, we are kind of at the point when the original transistor was built. It has taken 40 years for it to get to the point where we have these supercomputers—smartphones—in our pockets. And the Internet existed for a long time before most people even knew about it, and now none of us can breathe without it. I imagine quantum technologies will likely follow a similar trajectory, but maybe with a more targeted focus.

That said, people working on the pen-and-paper algorithms can already identify areas where we can expect quantum computing to unlock a lot of potential. Finance is one. And cryptography as we know it will be completely different: quantum computers can very efficiently take apart most of our current encryption standards, and they also offer better (physically unhackable!) encryption.

Chemical simulations are another natural application area. Chemicals themselves are quantum objects, and classical techniques of modelling them are inherently bad in some ways. So we will be able to get a much better look at how one molecule interacts with another. I imagine drug development will be a much better process, and so will simulating the behaviour of materials.

Q: It sounds like this dovetails with work that we are doing around the Data for Good campaign.

Absolutely. Any research sector that relies on high-performance computing—directly or indirectly—could potentially benefit. A lot of application areas will probably even have "black box" advantages, where the quantum algorithm to solve a problem somehow works, but we do not exactly know how! We truly do not know yet what the impact will be. It is going to be a lot of fun to see how it shakes out.