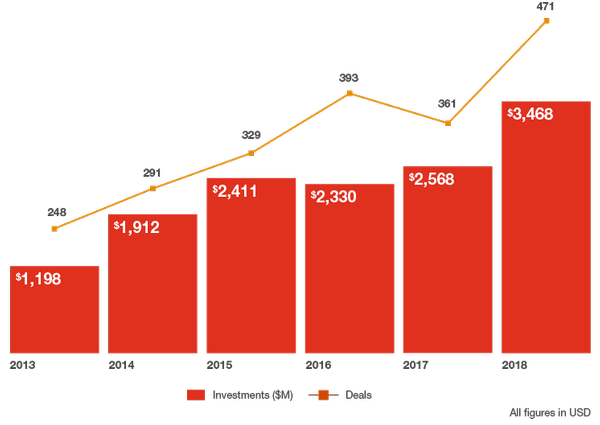 Vancouver, BC, February 1, 2019--(T-Net)--Funding and deals to Canadian venture-backed companies hit a record high as $3.5B (all figures in USD) was raised across 471 deals in 2018, according to the MoneyTree™ Canada report from PwC Canada and CB Insights.

"2018 was another year of record highs for Canadian venture-backed companies. While deal count has risen across all stages of funding, the increase in total investment was mostly driven by larger cheque sizes in expansion and later-stage deals. Notable is the 26% increase in average deal size of expansion-stage deals year over year, which is an indicator of scale in the sector," said Michael Dingle, National Technology Sector Leader, PwC Canada.


At PwC, our purpose is to build trust in society and solve important problems. More than 7,400 partners and staff in offices across the country are committed to delivering quality in assurance, tax, consulting and deals services. PwC Canada is a member of the PwC network of firms with more than 250,000 people in 158 countries. Find out more by visiting us at www.pwc.com/ca.